Russia to Continue Defending Own Position on Ukraine's $3Bln Debt 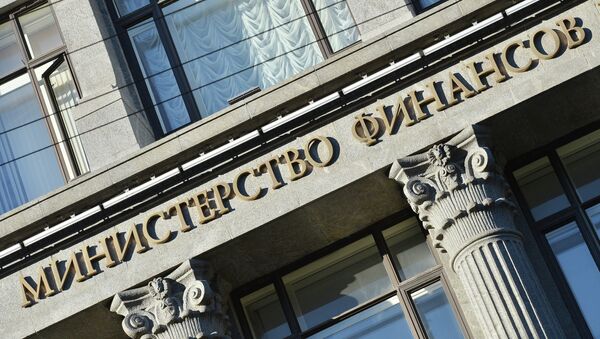 Russia to Submit Results of Debt Talks With Ukraine to IMF on Monday
MOSCOW (Sputnik) — Russia will continue defending its position on Ukraine’s $3-billion debt and is ready to consider its constructive proposals on the issue, Russian Finance Minister Anton Siluanov said Thursday.

"We shall continue to defend our rights, we are talking about court proceedings, the court proceedings which will begin early in the next year. If the Ukrainian side makes constructive proposals regarding the settlement of our disagreement we are ready to consider them in pre-trial proceedings," Siluanov said as broadcast on the Rossiya 24 television channel.

IMF Executive Board Approves $1Bln Tranche to Ukraine
Earlier this week, the International Monetary Fund (IMF) approved a fresh $1-billion tranche to Ukraine despite the country being unable to settle its $3-billlion debt with Russia. Moscow filed a lawsuit against Ukraine in the London High Court of Justice in February after Kiev defaulted on repayment of the loan, granted to Ukraine in 2013.

Russia has repeatedly stressed that according to IMF rules, a country should be denied aid unless it settles its debts in good faith. On Tuesday, the Kremlin said that Russia would oppose any changes that could be made to IMF rules on the grounds of the specific political situation.

On March 11, 2015, the IMF approved a four-year program of financial aid to Ukraine, which stipulates a $17.5-billion loan to be paid out in a number of installments over the next four years and originally open for reviewing on a quarterly basis.

Ukraine heavily relies on foreign aid to support its economy and to pay debts amid the ongoing armed conflict with independence supporters in the country's southeast.