About 20% of Russian Hydrocarbon Exports to Pass via Arctic - Expert 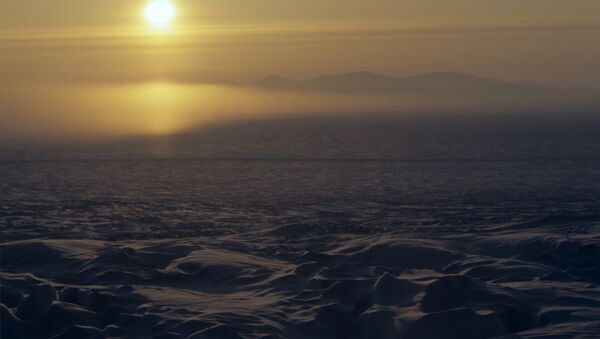 In a decade, about 20 percent of Russian hydrocarbon exports will move via the Arctic, a Russian expert said.

Global Economy Needs the Arctic - Experts
MOSCOW (Sputnik) — Rustam Tankayev, a leading expert at the Russian Union of Oil and Gas Industrialists, attended a roundtable as part of the Moscow–Arkhangelsk video conference on Arctic development hosted by Rossiya Segodnya.

“There are a large number of projects that could be implemented in the Arctic. Thus, in our estimate, 20 percent of Russia’s entire hydrocarbon raw materials will be exported through the Arctic in ten years from now,” Tankayev said.

He pointed out that the Rosneft oil company is currently building two clusters for building and maintenance of ships and drilling platforms in the region.

Russia
Zvezda Shipyard to Build Icebreakers, Oil Platforms With Singapore, Netherlands
“One of the clusters is based in Roslyakovo near Murmansk. It’s a former shipyard. Work is just beginning there, with documentation being processed. All licensing and other documents should be finalized before the end of the year,” he said.

The expert added that Zvezda, a Far Eastern shipyard and ship maintenance center at Bolshoi Kamen Bay in the Primorye Territory, is the most interesting, important and wide-ranging project in this area.

Zvezda should become the biggest shipyard of its kind in Russia and one of the largest in the world.

“Ships that can be built at this shipyard are already in demand. Initial orders have been placed for 237 ships, including 35 platforms for exploration drilling on the shelf. The rest are ships of various classes, including natural gas carriers that at present are built solely by South Korea,” Tankayev said.

Small ice-class ships will also be built, which will support various kinds of operations at Arctic Ocean ports.

“Only ships with deadweight up to 50,000 metric tons can move along the Northern Sea Route. Ships of this class will be built at the Zvezda shipyard operated by Rosneft,” he said.