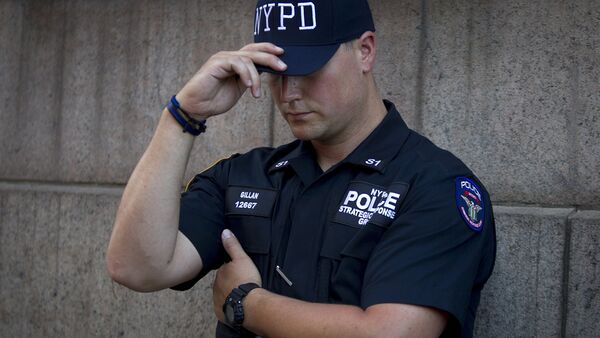 An off-duty officer has a significant injury to his face after he intervened on Thursday afternoon when a man armed with a meat cleaver started running down a New York City street, Police Commissioner William Bratton told reporters at a press conference.

WASHINGTON (Sputnik) — New York City Police Chief James O'Neill said one officer did fire a taser at the suspect, 32-year-old Akram Joudeh, but he still did not stop running. Bratton said that the officer was wounded while trying to detain the man.

After Joudeh slashed the off-duty detective, causing a six-inch gash from his temple to his jaw, other officers fired 18 rounds at him, O'Neill stated.

Joudeh is in critical condition at Bellevue hospital, the injured detective is in serious condition, and two other officers were hurt, but there is no information as to how they received their injuries, O'Neill added.