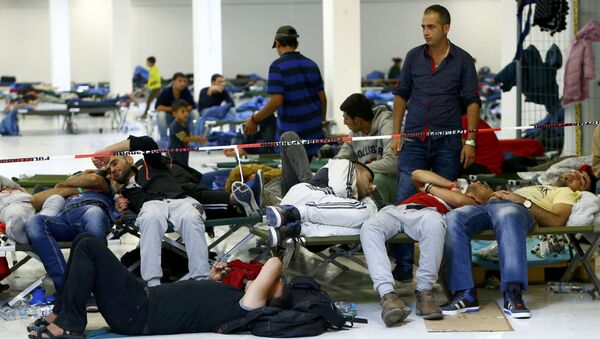 © REUTERS / Michaela Rehle
Subscribe
International
India
Africa
In a bizarre twist, unemployed refugees who were granted asylum in Germany are spending their vacations in the homes they allegedly fled due to persecution, according to the German newspaper Die Welt.

Migrant Crisis: Germany Plans to Flood Greece With Unwanted Refugees
Unemployed refugees who have claimed asylum status in Germany are returning to the countries they allegedly left due to persecution, according to the German newspaper Die Welt.

According to the newspaper, such cases are especially popular among refugees from Syria, Afghanistan and Lebanon.

Die Welt explained that German legislation allows unemployed individuals to leave the country for 21 days in a year.

The legislation also stipulates that a benefit recipient is obliged to notify only the duration of his departure, not the destination — something that the newspaper said plays into the hands of many migrants.

Die Welt quoted the press secretary of the German Federal Employment Agency as saying that "such cases do take place." She declined to provide statistics on the issue. 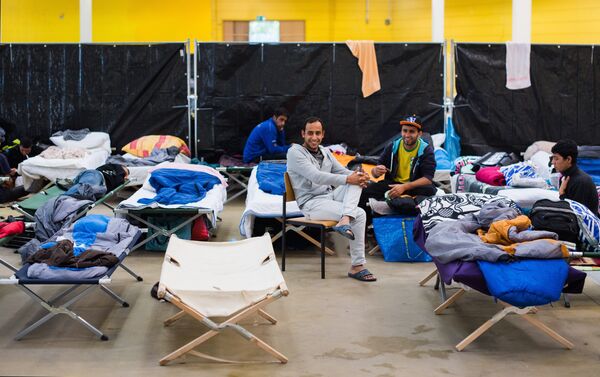 Refugees are seen in their temporary housing in a former hardware store in Hamburg, northern Germany.
© AFP 2023 / Daniel Bockwoldt

At the same time, if refugees travel to the countries where they were allegedly persecuted, they eventually lose their refugee status in accordance with EU regulations, Die Welt reported.

In some cases, connected, for example, with a seriously ill relative, such a visit can be officially authorized, but on the whole it is recognized as a proof that the refugees no longer face danger at home.

So the german welfare is so generous that some "refugees" went in the countries they run from on vacation:))https://t.co/TRnfqjpclP

According to Die Welt, German authorities have already begun to address the issue.

Merkel Admits Refugee Policy U-Turns Amid Migration Crisis Regrets
Earlier this year, head of the German Federal Office for Migration and Refugees Frank Jurgen Weise said that about 400,000 migrants and refugees are expected in Germany before the end of this year.

In 2015 alone, huge numbers of refugees moved to Germany under Chancellor Angela Merkel's "Open Door" policy although the situation has not been as severe as in 2016 due to a number of surrounding European countries moving to seal their borders to stem the tide of refugee travel.

EU border agency Frontex detected over 1.83 million illegal border crossings in 2015, in contrast to some 283,000 in 2014. Of these, more than one million refugees streamed into Germany, according to the German Federal Statistical Office.