US Senator: Russian Concerns Over Expanding NATO Membership 'Not Legitimate' 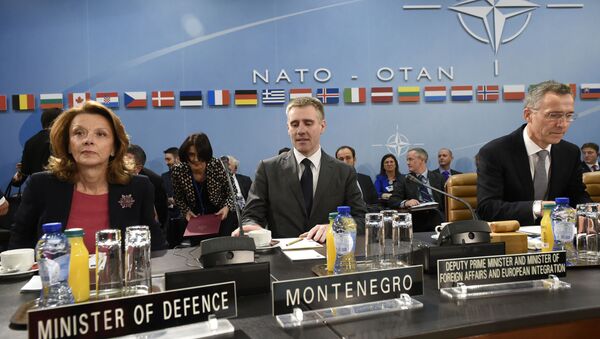 Russian concerns over NATO enlargement and the pending accession of Montenegro as a new member of the military alliance are not warranted, according to US Senator Ron Johnson.

'Waste of Time': Opposition Leader Warns Montenegro Against Joining NATO
WASHINGTON (Sputnik) — Russian concerns over NATO enlargement and the pending accession of Montenegro as a new member of the military alliance are not warranted, US Senator Ron Johnson said at a Foreign Relations Committee hearing on Wednesday.

"Russian concerns, however, are not legitimate," Johnson said of NATO’s pending expansion to include Montenegro, arguing that "NATO remains a purely defensive alliance."

Johnson noted that Russia "views NATO expansion as a threat to its interests" and claimed that Moscow "appears determined" to prevent other countries from joining NATO.

During the hearing, officials from the departments of State and Defense were unable to recount any overt threats made by Russia to Montenegro.

Deputy Assistant Secretary of State for European Affairs, Hoyt Brian Yee stated that they have "not seen anything more malign" than a Russian request to use a Montenegrin port to base naval forces.

Moscow has condemned NATO’s expansion efforts since the end of the Cold War, noting the alliance’s growing presence at the borders of Russia pose a threat. Russian officials have noted that Montenegro’s membership will not significantly strengthen NATO’s political or military strength.

In May, NATO foreign ministers signed an accession protocol paving the way for Montenegro to join the military bloc. The US Senate held a hearing to discuss Montenegro’s membership, which it must approve.