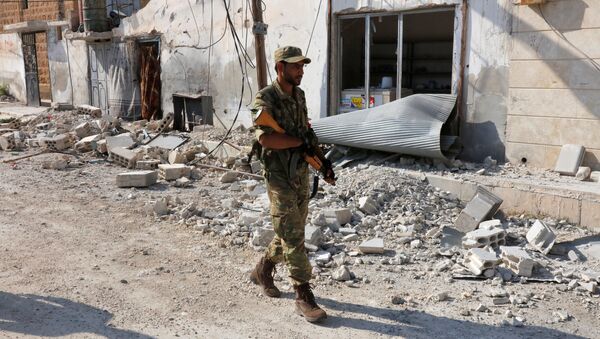 Kerry, Lavrov Agree to Extend Syria Ceasefire for Additional 48 Hours
MOSCOW (Sputnik) — According to a daily bulletin posted on the ministry's website, the Russian official stressed that the American side should intensify work with US-backed armed opposition in order to facilitate the successful implementation of the ceasefire regime in war-torn Syria.

In line with the latest Russia-US agreements, a week-long ceasefire regime on the whole territory of the Syrian Arab Republic came into force on Monday at 07.00 pm Moscow time (16:00 GMT).