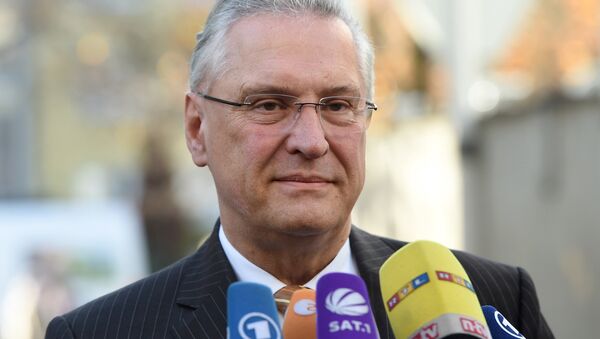 On Tuesday, German police special forces arrested three Daesh suspects in northern Schleswig-Holstein federal state. According to the initial investigation, the suspects moved from Syria to Germany in November 2015 in order to carry out an attack or to await further instructions on behalf of the Daesh.

"The glaring gaps in controlling the immense flood of refugees, especially in the autumn of last year, is exacting revenge. We know in the meantime that IS has also purposefully used these vulnerabilities so that attackers can be smuggled into Europe disguised as refugees," Herrmann told journalists of the Funke Mediengruppe, as quoted by DPA news agency.

Bavarian Authorities Slam Open Door Policy After Recent Attacks
On July 27, following the string of attacks in the country, Herrmann urged the deployment of German army in a bid to deal with the attacks. He also called for the entry refusal for any refugees who cannot prove their identity and deportation of those who committed crimes.

The European Union is currently struggling to manage a massive refugee crisis, with hundreds of thousands of people leaving conflict-torn countries in the Middle East and North Africa to escape violence and poverty and seeking asylum in Europe. In 2015, more than 1 million migrants and asylum seekers arrived to Germany.