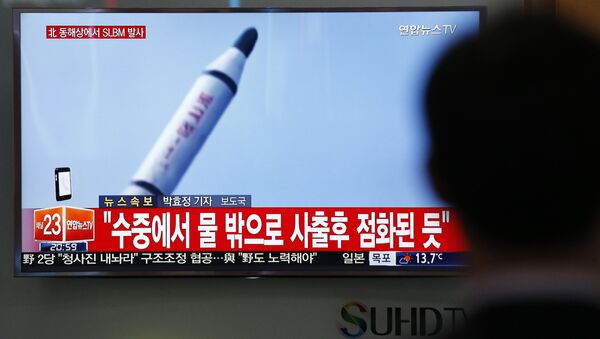 © AP Photo / Lee Jin-man
Subscribe
International
India
Africa
Despite calls from some US hawks to deploy nuclear weapons to South Korea following Pyongyang’s recent test, the US special envoy to South Korea has dismissed the idea.

On Tuesday, the United States flew B-1B Lancer bombers over Osan Air base in South Korea. The flyover by the nuclear-weapon-capable aircraft was meant as a show of solidarity after Pyongyang’s recent nuclear test.

Asia
After Latest Nuke Test, US to Launch B-1B Bombers Over Korean Peninsula

"The alliance is taking steps each and every day to defend the Republic of Korea and we are always maintaining a high state of readiness," US Force Korea spokesman Christopher Bush said in a statement.

But some have called for even more active measures, including additional sanctions and redeploying US nukes to the peninsula.

On Tuesday, however, Sung Kim, the US special envoy, dismissed calls for reintroducing nuclear weapons.

"I think both our leaders, and perhaps more importantly our military experts, have determined that there is no need to reintroduce nuclear weapons on the Korean peninsula," he told reporters, following a meeting with South Korean counterpart Kim Hong-kyu, according to Korea Joongang Daily.

The diplomat nevertheless reiterated Washington’s commitment to Seoul, and its "unshakable commitment regarding extended deterrence."

During their meeting, the two diplomats discussed the US deployment of the controversial Terminal High Altitude Area Defense [THAAD} system, calling it "more than sufficient to deal with the threat posed by North Korea."

"Of course this event causes great concern. Russia’s position is well known, as we do not think this corresponds to the norms and principles of international law and deserves condemnation. We think such actions do not promote the establishment of security and mutual trust on the peninsula. Moreover, tensions are increasing," Kremlin spokesman Dmitry Peskov told reporters.