UK Must Speed Up Settlement of Syrian Refugees, Report Warns 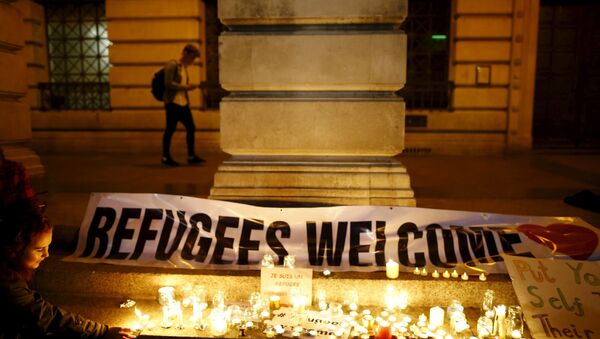 Britain needs to speed up its resettlement program of Syrian refugees if it's to reach its target to house 20,000 people by May 2020, the UK's National Audit Office (NAO) has warned.

The UK has so far found homes for 1,000 Syrian refugees from camps in Jordan, Lebanon, Iraq, Egypt and Turkey. The success of the resettlement program is due to the local authorities working well with central government to find homes and school places for families and children.

However, there are concerns that pledges made by many local authorities to house Syrian refugees might not transpire into concrete offers of support and the resettlement team needs to be housing more people every few months if they have any chance of meeting the 20,000 target.

​Then there's the funding, or lack of it. According to NAO's report, no estimate of the total cost of the program to the UK has been calculated, with it falling to different government departments and local authorities. It's now expected that the program could amount to US$2.25 billion.

The spending and policy watchdog warns that local authorities involved in the program are in danger of becoming overstretched.

"The program team achieved a great deal in a short amount of time, resettling much larger numbers of refugees than previous programs, due in large part to the dedication and goodwill of those involved," Amyas Morse, head of the National Audit Office said.

"The characteristics of the refugees arriving in the UK will become clearer over time. With this new information, the program team must adapt budgets, so that no organization taking part in the program struggles to participate effectively due to cost pressures," Mr. Morse added.

Not My Problem: UK 'Turns a Blind Eye' to Europe's Migrant Crisis
A year ago, in September 2015, then Prime Minister David Cameron agreed to resettle 20,000 Syrian refugees by 2020. By the end of March 2016, an average of 248 Syrians escaping war had been accommodated in the UK each month.

Meanwhile, 200 leaders of different faith communities in Britain have signed an open letter to Britain's Prime Minister Theresa May, calling for changes to the government's refugee policy.

"As people of faith, we call on your government to urgently revise its policy towards refugees," the letter states.

​The British government is also being pressurized into doing more to reunite unaccompanied refugee children in Calais to Britain. Only 50 out of 220 children who have a legal right to be reunited with their family have been allowed to enter the UK.