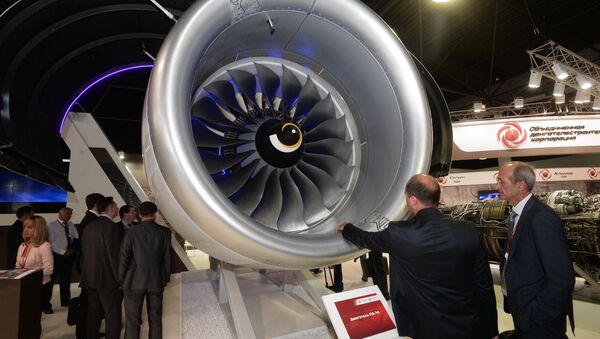 "As the result of the creation and testing of this engine, we are looking at a passenger liner which we can say with 100% certainty will be competitive with Boeing and Airbus," the deputy prime minister explained.

Russia Proposes Setting Up Il-114-300 Airliner Production in India
Rogozin, charged with curating the defense and aerospace sector, noted that PD-14 high-thrust engines, undergoing the final stages of development and testing, will be installed aboard an Ilyushin Il-96-300 (a four-engine long-haul wide-body airliner) by the end of the year. According to the deputy prime minister, the PD-14 will finally give Russian airlines a cost-effective alternative to US and European aircraft manufacturers Boeing and Airbus, and without a compromise on quality.

"Previously," Stepnov noted, "airlines pointed to the lower fuel efficiency of Russian passenger aircraft: domestic liners require more fuel than their foreign counterparts for flights of equal distance. With the PD-14, that problem is expected to be eliminated."

PD-14 stands for 'Perspective Engine with a 14-ton nominal thrust'. Designed for Russia's twin-engine Irkut MC-21 next-generation narrow-body short- to medium-range airliner, currently under development, the PD-14's variants can be equipped aboard other aircraft as well, including long-haul four engine jetliners. The engine's development began in 2008, on the basis of the PS-12, an updated variant of the PS-90; the engine is being developed by the Aviadvigatel Corporation in Perm, central Russia. 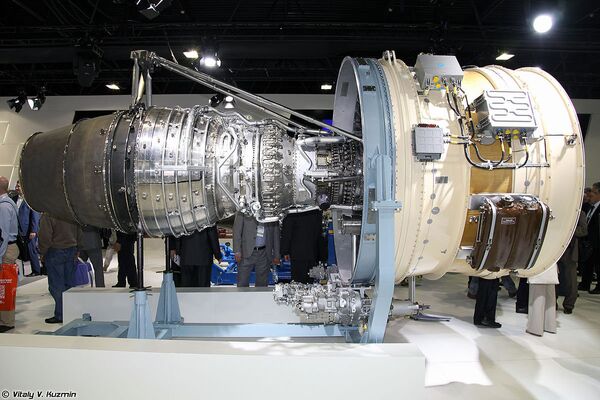 "The goals of the engine's designers are ambitious," the journalist emphasized. "They want to capture over 10% of the market share for turbofan engines with a thrust class between 7 and 18 tons, and to reduce fuel consumption at cruising speed by 10-15% compared with contemporary engines of similar class." Moreover, engineers developed the engine to reduce operating costs by 14-17%, and to reduce maintenance costs during the engine's lifecycle by 15-20% compared to competitors.

Baku Interested in Russian MC-21, First 10-Plane Contract May Be Signed in 2017
"A special feature of the [PD-14] program is to immediately develop a whole family of engines with a thrust on takeoff of between 9 and 18 tons," Stepnov explained.  This consists of several variants of the base engine, including the PD-14A, PD-14M, Pd-10, and PD-18R. Purposed to be mounted aboard the MC-21-200/300/400, the PD-18R variant of the engine will also be used aboard the Tupolev-214, a narrow-body medium-range jetliner developed in the early 1990s.

Naturally, the aviation journalist noted, "an engine does not fly by itself, and here domestic designers also have something to show; the problem [of Russian civilian aviation] is being resolved on a systemic basis. In addition to the development of the new aircraft [the MS-21], existing solutions are being tactically applied." 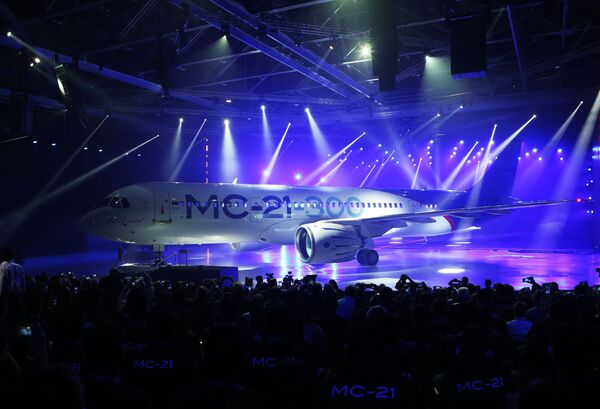 Speaking during his trip to Voronezh, Deputy Prime Minister Rogozin explained that "in the period prior to the creation of the fundamentally new aircraft…we will see the creation of the Il-96-400, which will be able to meet our basic needs both for long-haul flights from European Russia to the Far East, and for charter trips during the holiday season to those countries which require the use of large airliners…Through the reconfiguration of passenger seating, this will lead to an economy aircraft variant with no less than 400 seats; then cost of fuel per seat will change and we will definitely make it into the stringent requirements of airlines."

World
Turkey Approves 63 Weekly Charter Flights From Russia to Antalya
In this sense, Stepnov noted, following its modification, the Il-96-400 "will be fully suitable for import-substitution in long-haul and charter flights," until the next generation of Russian airliners arrives.

The Il-96-400, nearly 10 meters longer than its Il-96-300 predecessor, will feature 370 passenger seats on planes including business class, and 400 seats for the plane's all-economy version.

At the same time, taking a hint from successes in the defense sector in the use of modular design, the Il-96-400 will feature multiple variants, including a transport modification – the Il-96-400T, which can also be used by military aviation.

"In this way, Russian engineers and manufacturers are working as part of a system, where individual components are pre-planned as part of a single system."

"And we shouldn't forget [short-range] inter-regional flights either; here it is planned to use the Il-114, which will help close the gap on transport for distances up to 1,500 km, and can carry up to 70 passengers. This aircraft is developed to take account of the possibility of landing not just on an airstrip, but also on fields, on snow and ice." 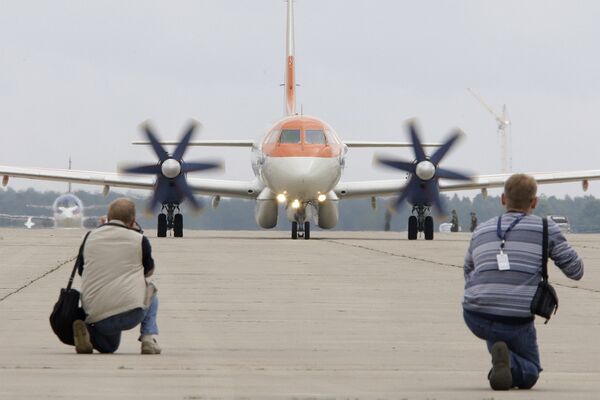 Ultimately, the journalist emphasized, "all these stories once again confirm that Russia has entrenched itself in the aircraft industry big leagues seriously and for the long term."

Boeing: Russia, CIS States to Buy 1,170 Commercial Jets Over Next 20 Years
After the collapse of the Soviet Union, the production of civilian aircraft in Russia and other post-Soviet states ground to a halt, going from producing nearly 30% of global passenger airliners in 1990 to the low single-digits by the 2000s. Through the 1990s and through to the 2010s, Boeing and Airbus successfully ejected Russian companies from foreign markets, and then began pressing them inside Russia itself.

In the late 2000s, several programs supported by the government were created to regain Russia's civil aviation manufacturing potential; their relevance gained a new appreciation after the worsening of relations between Russia and Western countries following the Maidan coup d'état in Ukraine in February 2014. Realizing the dangers posed by dependence on potentially hostile countries, the state urged companies to speed up the recreation of the domestic passenger aircraft industry.