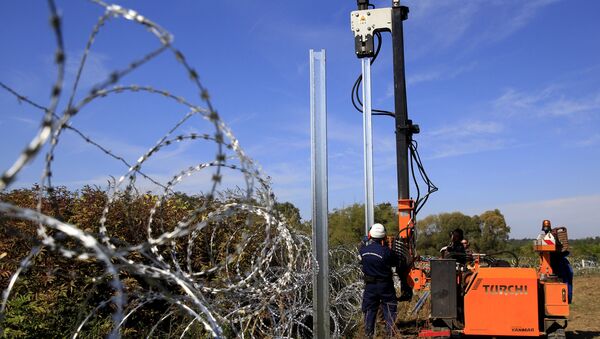 Hungary must be forced out of the European Union for violating its core values and mistreating refugees, Luxembourg's Foreign Minister Jean Asselborn said in an interview published Tuesday.

MOSCOW (Sputnik) — He slammed Hungarian Prime Minister Victor Orban for giving the European Union a bad name by making it look like it is preaching values it is unable to enforce within the bloc. Asselborn said Orban’s administration was not far from allowing to shoot refugees and was treating them worse than animals.

"We cannot accept that EU’s basic values are being greatly undermined. Those who, like Hungary, build fences to deter war refugees or violate press freedom and judicial independence should be temporarily or, if need be, permanently excluded from the EU," Asselborn told German newspaper Die Welt.

Hungary will vote next month on whether refugees should be resettled to the country under the European Commission’s quotas. The government has been fiercely opposed to the plan since its inception.