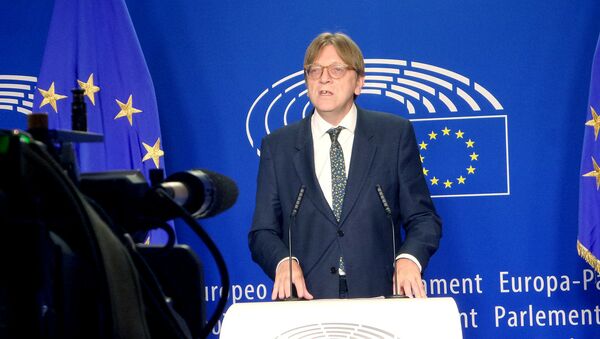 © Flickr / European Parliament
Subscribe
Former Belgian Prime Minister Guy Verhofstadt, who is to take charge of the Brexit negotiations with the European Parliament, where he leads the ALDE group, has said whatever deal is reached on Britain's new trading relationship, the free movement of EU workers is a red line.

If UK wants access to #SingleMarket, it must also accept the free movement of citizens. Our four freedoms are inseparable.

​Verhofstadt said that the UK should invoke Article 50 of the Treaty of Lisbon as soon as possible and that the European Parliament should be in at the start of the negotiations, as it would ultimately have to ratify whatever the final exit agreement was.

"The parliament will have to give consent to the agreement, as stated in Article 50 of the treaty and that is why it is wise that we are involved from the beginning of the negotiations. I believe that the UK should trigger Article 50 as soon as possible, so that we can finalize these negotiations by 2019, because I cannot imagine that we start the next legislative cycle without agreement," he told reporters September 13.

#Brexit should be delivered before 2019, when EU politics enters into new cycle & the @Europarl_EN starts new mandate.

​However, although he declined to give a list of all his red lines — the areas where parliament would not back down on — he stressed that the freedom of movement of EU workers was a central, unmovable issue. The four freedoms of the EU are the movement of people, goods, services and capital.

'No Job, No Entry': Theresa May's Tough Words on Immigration
The UK referendum was dominated by the issue of immigration, with many in the Leave EU camp demanding that the UK should retain the powers to limit the number of EU migrant workers arriving in the UK and taking jobs and enjoying in-work benefits. UK Prime Minister Theresa May has raised the prospect of Britain remaining in the single market with a seven-to-ten year "emergency break" on EU immigration.

Lack of Trust and Confidence

Verhofstadt admitted that the EU was facing major problems, with immigration, border controls, terrorism and difficulties in the Eurozone, providing ammunition for growing anti-EU sentiment.

"It will not be a surprise that he union is not in a good state. Many people have fallen into the trap of nationalists and populists, juts because they don't see a Europe that is capable of facing the challenges of today. My intervention [at the State of the Union debate in parliament, September 14] will be to try and explain what reforms we finally need to regain the trust and the confidence of these voters."

Despite the hardline approach on freedom of movement of EU workers, Verhofstadt fell back on his customary sense of humor when asked by a UK journalist if he had any advice for other European politicians "in mid-careers, who find themselves former prime ministers of their countries" — in a clear reference to David Cameron, who resigned as UK prime minister having failed to win the referendum campaign to remain in the EU and who announced, September 12, that he would quit as a member of parliament with immediate effect. 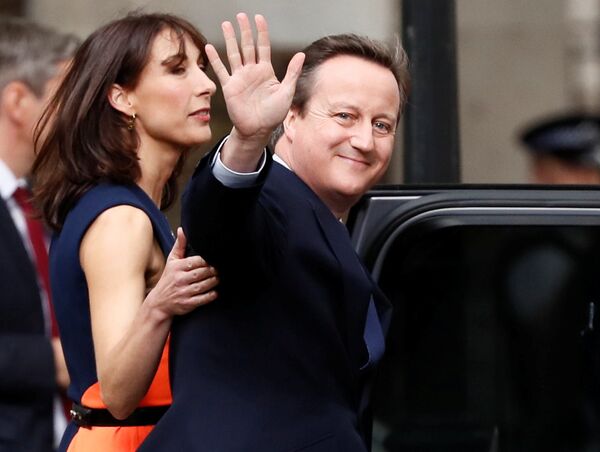 Verhofstadt replied, with a wry smile: