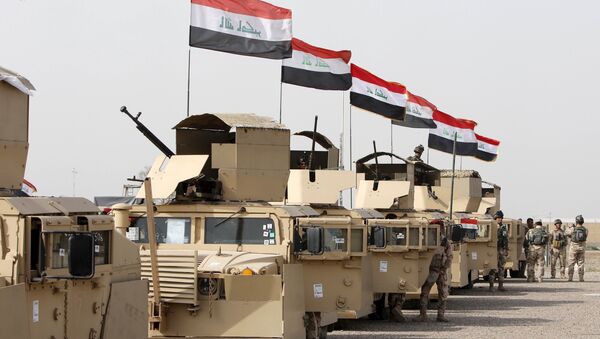 © REUTERS / Ahmed Saad
Subscribe
Baghdad hopes that Moscow will continue to provide Iraqi security forces intelligence data on the location of Daesh militants and their capabilities during the upcoming operation to free Mosul, the second largest city in the country seized by the group in 2014, Izvestiya reported, citing an unnamed source in the Iraqi Ministry of Foreign Affairs.

"Our troops received all the necessary information from the coordination center in Baghdad that comprises experts from Iraq, Russia and Iran to prepare and carry out military operations. This data has helped us to conduct a significantly more efficient anti-Daesh offensive than if our troops acted solely on the basis of their own intelligence," the diplomat said. "I hope that this cooperation will continue during the operation aimed at freeing Mosul."

Like Raqqa in Syria, Mosul has served as Daesh's stronghold in Iraq since early 2014. The brutal group captured the city on July 10, 2014, in a blitz offensive on northern Iraq. Mosul is the last large city under the group's control in the country. 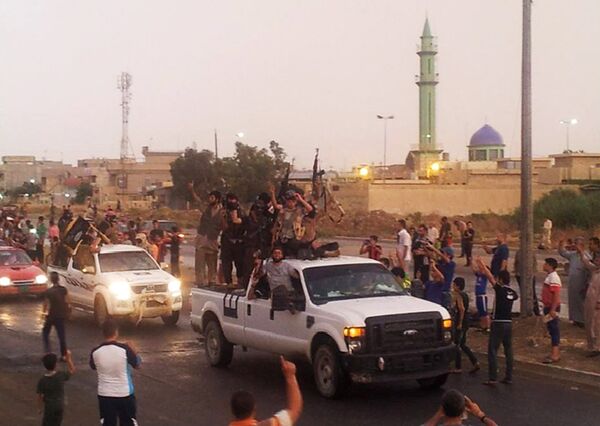 Fighters of the al-Qaida-inspired Islamic State of Iraq and the Levant (ISIL) parade in the northern city of Mosul, Iraq. (File)
© AP Photo

Hundreds More US Troops Deploy to Iraq on Eve of Anticipated Mosul Offensive
Baghdad-led forces assisted by US warplanes and their local allies, as well as Kurdish militias have been gradually advancing towards Mosul in recent months. The Pentagon has indicated that the operation to free Mosul is imminent and could start in early October, but the source seems to have been skeptical with regard to this time frame.

Anti-Daesh operations in smaller cities, like Ramadi or Fallujah, lasted for weeks. There is nothing to suggest that freeing Mosul will be less of a challenge. Approximately 1.5 million people live in the city. The militants will most likely use civilians as human shields, drastically complicating counterterrorism efforts. This is one of the key reasons why preparing the operation will take time.

However, the offensive will likely be launched in the coming months since Iraqi authorities, according to the diplomat, plan to free the city before the end of the year. 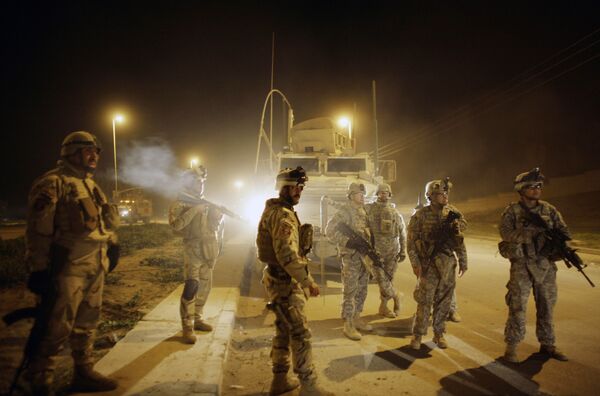 Karim Nouri, a spokesperson for Iraqi Popular Mobilization Forces (al-Hashd al-Shabi) referred to this timeline as the best-case scenario. He also said that the US has pursued its own interests with regard to the Mosul operation.

"With respect to the US, taking the previously mentioned timeframe into account, there are clearly other political motives involved. These could include the upcoming presidential election, Iran's growing influence in the region and our activities. In any case, the fighting will be fierce, but we would not want the US to meddle in it since they will clearly play their own game," he suggested.

Nouri further said that Russia was genuine in its efforts to destroy Daesh. Moscow has been actively involved in counterterrorism operations in the Middle East since September 30, 2015, when it launched an aerial campaign aimed at tackling terrorist groups in Syria. The military engagement was authorized by Damascus.