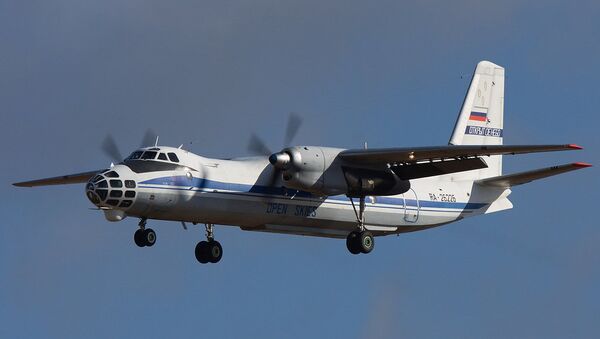 Russia to Fly Surveillance Mission Over Denmark
MOSCOW (Sputnik) — German and Romanian inspectors will conduct an aerial surveillance flight over Russia and Belarus under the Treaty on Open Skies in September, the head of Russia's Nuclear Risk Reduction Center said Monday.

"In accordance with the international Treaty on Open Skies, between September 12-16, 2016, a joint German-Romanian mission will conduct a surveillance flight over a group of treaty member states, Russia and Belarus, on board a Romanian An-30 cartography aircraft, taking off from the Kubinka airfield," Sergei Ryzhkov said.

Russian and Belarusian experts will be on board the plane to oversee the observance of treaty clauses, he added, noting that the route details have been agreed on.

The Treaty on Open Skies entered into force from 2002, providing for unarmed aerial surveillance flights between member states. With 34 states ratifying the agreement, 27 states are Organization for Security and Co-operation in Europe (OSCE) members. Russia ratified the agreement in 2001.