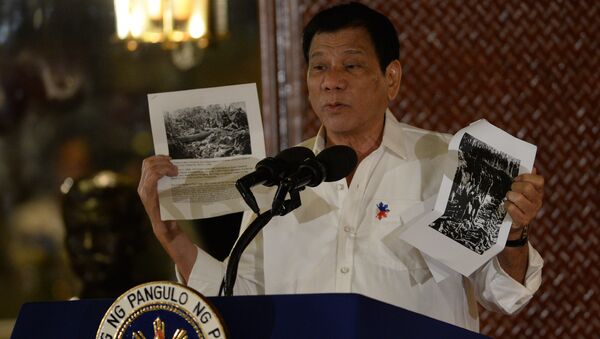 China Welcomes Philippine Decision Not to Raise S China Sea Dispute in Laos
MOSCOW (Sputnik) — Since 2002, the US military has been deployed on the southern Jolo and Basilan islands to fight Abu Sayyaf, an al-Qaeda-backed terrorist organization that emerged in the early 1990s. It consists of loosely affiliated gangs that often kidnap foreigners to collect ransom. In 2015 only a small special force unit providing training remained.

“The special forces, they have to go. They have to go in Mindanao. If they see an American, they would kill him. They would demand ransom then kill him… I could not speak then out of respect and I do not want a rift with America. But they have to go,” Duterte said as quoted in The Philippine Star newspaper.

US-Philippines relationships are currently at a low point as Washington has condemned alleged extrajuridical killings of people suspected of being involved with drug-related activities in the Philippines.