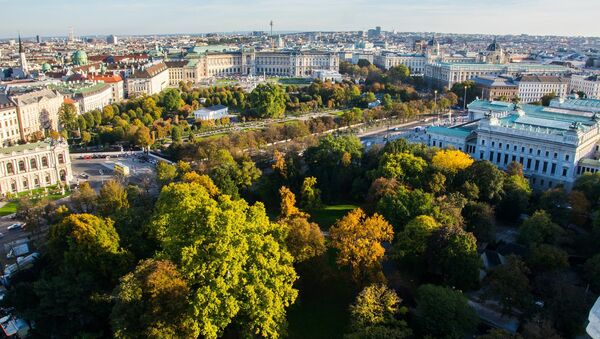 A proposal to amend a law that would legally allow the country to postpone the rerun of presidential elections will be submitted to the Austrian parliament on Tuesday, a source in the legislature told Sputnik Monday.

Technical Problems May Lead to Delay in Austria's President Election - Ministry
MOSCOW (Sputnik) — Earlier in the day, Austrian Interior Minister Wolfgang Sobotka announced at a press conference in Vienna that Austria's elections, initially scheduled for October 2, would be postponed until November 27 or December 4. This decision came following Friday's statement that some of the glue strips designed to seal postal votes came unstuck, rendering the ballots invalid.

"Austrian constitutional law does not seem to cover the current scenario. It is a singular case. To rule out any legal concerns about the validity of the postponement, it has been decided that the postponement will have to be based on an amended law and not on a simple order by the minister of the interior. Proposal will go to the parliament tomorrow," the source explained.

The source added that the proposal would go to the relevant committee first, then, it must be included into the plenary session and go to the other parliament's chamber with expectations that the final date for the rerun may be announced "in the course of a week."

The rerun of the presidential elections was announced in July after Austria's Constitutional Court annulled the results of the May 22 second round, upon which independent ecologist Alexander Van der Bellen was declared winner, beating Norbert Hofer of the anti-immigration Freedom Party (FPO) by just 31,000 votes, on grounds that ballots and voting results had been handled improperly.