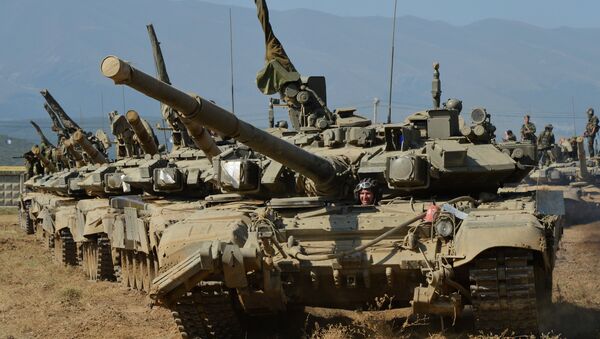 Russia’s Central Military District new armored division will be formed by the start of December.

"A new tank division is being formed in the Central Military District. Seventy percent of it has been staffed so far…The formation process will continue until December 1," Col. Yaroslav Roshchupkin said.

The official quoted the district’s commander, Col. Gen. Vladimir Zarudnitsky, as saying earlier today that the division would be staffed by vetted military contractors.

The plan to create an armored division in central Russia was announced last January. Modified T-72 tanks will be the division’s mainstay. It will also include motorized rifle and self-propelled artillery regiments, and an air defense missile battalion.