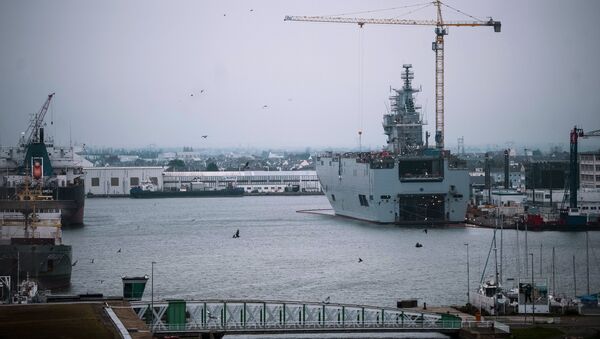 © Sputnik / Grigoriy Sisoev
/
Go to the photo bank
Subscribe
A Brittany-based association of French ethnic groups (L'Association des Nations de l'Hexagone - ANH) is preparing a second appeal to the UN to force Paris to recognize the status of the various ethnic groups living in the country. Sputnik discussed the situation with the Association’s President Stéphane Domagala.

When asked how an appeal to the UN would help the Association, which also represents other ethnic groups living in France, including Alsatians and Corsicans, to achieve its goal, Stéphane Domagala said that the idea was to bring all these ethnic groups together.

Police Officers Representing US Ethnic Minorities Doubled Since 1980s
”After discussing the draft with lawyers, economists and historians, we realized that to become a permanent member of the United Nations, like France, we need to have a number of framework conventions, including on ethnic minorities, ratified by Paris. France has not ratified these conventions, therefore its permanent membership in the UN is illegal,” he said, adding that the Association would ask pertinent UN agencies, international NGOs and legal experts to raise the issue of France’s illegal status of a permanent member of the United Nations Organization.

Stéphane Domagala emphasized that all they wanted was the status of an ethnic minority, just the one they have in Scotland.

“What we want is official recognition of our culture and language and the restoration of our parliament, the education system and other institutions – just like in Scotland,” he noted, adding that the Association fully shared the euroskepticism of the people living in Scotland, Cornwall and Ireland.

When asked about the results of their initial appeal to the UN, Stéphane Domagala said that the first appeal was just an attempt to outline the problem, and that now they were going to initiate a legal procedure.

He mentioned the situation with the French refusal to seel, Mistral helicopter carriers to Russia as the shipyards building the ships  ”are located on the land that has historically belonged to Bretons.”

When asked whether Breton shipbuilders have suffered as a result of Paris’ ban on the sale of Mistrals to Russia, Stéphane Domagala said that Brittany had gone through a lot of hardship.

“The situation had already been pretty bad here and the embargo made it even worse. There have even been suicides here, but no one seems to care. If only we had the status of an ethnic minority our dialogue with other countries would have been much better,” Stéphane Domagala said in conclusion.

In 2011, Russia and France signed a €1.3 billion deal to build two Mistral helicopter carriers for the Russian Navy. Paris was supposed to hand over the first Mistral to Moscow in November 2014 and the second in 2015. However, French President Francois Hollande decided to suspend the delivery, citing Russia's alleged involvement in the Ukrainian crisis, a claim denied by Moscow.

000000
Popular comments
I think all this "minority" talk is nonsense. Aren't we all humans? The only thing I think we should stop with is killing or enslaving each other.