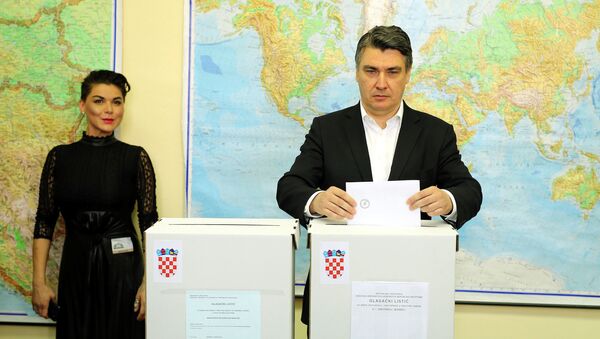 Croatia Holds Early Parliamentary Election Amid Political Uncertainty
BELGRADE (Sputnik) — Earlier in the day, Croatian citizens went to the polls to choose the government for the second time in ten months, as the government coalition, which won the elections in November 2015, gradually lost popular support. In June, the Croatian parliament adopted a decision on its dissolution following a no-confidence motion against Prime Minister Tihomir Oreskovic amid a political crisis.

According to preliminary data by the Ipsos Puls polling service, the Social Democrats would have 58 seats in the 151-seat parliament, HDZ could have 57 seats, while the center-right independent Most party is anticipated to have 11 mandates.

The polling stations were opened from 7 a.m to 7 p.m. (05:00- 17:00 GMT). The Croatian electoral commission plans to publish the first preliminary results at 10 p.m local time (20:00 GMT), and have a press conference on the issue shortly afterward.