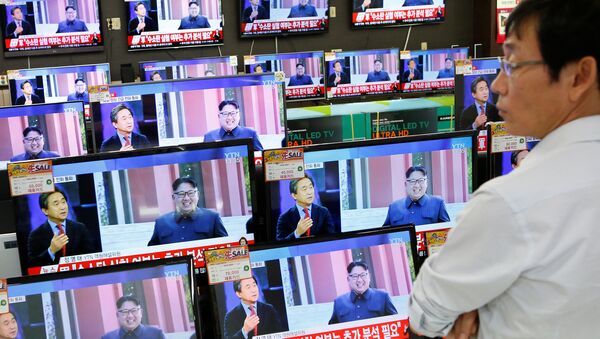 Friday's nuclear test carried out by North Korea will significantly complicate relations between Beijing and Pyongyang, director of the Center for Northeast Asian Studies at the Academy of Social Sciences in the province of Heilongjiang, Da Zhigang, told Sputnik.

According to the expert, the current developments will result in the emergence of new risks and uncertainties in Northeast Asia, especially in the geopolitical and economic spheres.

"In recent years, the situation in Northeast Asia has become more and more complicated. There are disputes about the South China Sea between China and the United States. China and South Korea, in turn, have very strained relations regarding the deployment of the US missile defense system [in South Korea]. So far we haven't found solutions to the problems that have accumulated in the relations between China and Japan. And now, in this, already tense, international situation, the DPRK has carried out its fifth nuclear test," the expert told Sputnik.

The expert noted that the current developments may lead to significant tensions between North Korea and China.

North Korea Reached 'Point of No Return' in Obtaining Nuclear Technology
He also argued that China, the United States and other countries need to coordinate their efforts and expand practical cooperation in order to resolve the North Korean nuclear issue. The quickest response could be made via UN Security Council statement condemning North Korea's actions. If this does not happen, it would mean that this time North Korea achieved geopolitical victory, the Chinese expert stated.

North Korea officially acknowledged that on September 9 it conducted a nuclear test, a move viewed as a provocation by its neighboring states and strongly condemned by the international community.

Zhigang believes that Friday's nuclear test could be linked to internal political difficulties in North Korea. According to him, the country faces a number of challenges: natural disasters led to a shortage of food, and international sanctions resulted in the foreign exchange deficit.

German Foreign Ministry to Summon North Korean Ambassador Over Nuclear Test
It is very likely that the nuclear test is a kind of attempt to divert public attention from the complex internal problems by demonstrating the country's military might. This action could also be aimed at strengthening the unity within the state and gaining more support for the policy of Kim Jong-un, the expert stated.

The expert also did not rule out that the nuclear test could be a kind of response to the cooperation between the United States and South Korea. He stressed that the US-South Korea military exercises could have been one of the factors that pushed the North Korean authorities to carry out the test.