Mahmoud Abbas and the Tale of KGB Moles 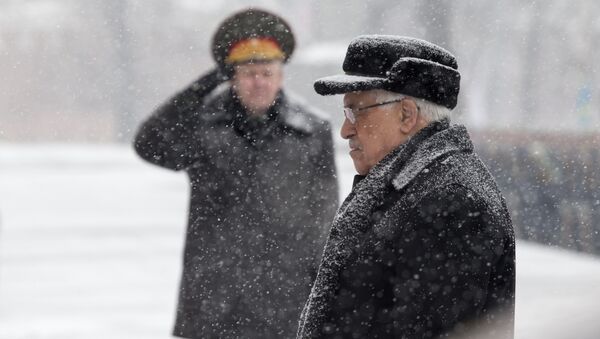 Nikolai Gorshkov
All materials
Western media have been making the most of the claim that Mahmoud Abbas, the President of the Palestinian Authority, was a KGB agent in Damascus in the 1980s. The news broke on Israel's Channel 1 and was reported by major media outlets globally.

Israeli researchers with the Truman Institute at the Hebrew University of Jerusalem, Isabella Ginor and Gideon Remez said they came across a document implicating Abbas while studying the famed Mitrokhin archive, smuggled into Britain in 1992 by KGB defector Vasily Mitrokhin.

The document, deposited with the Churchill Archives Center in Cambridge, purportedly shows that Abbas, code-named "Krotov" (a Russian allusion to a mole), was recruited by the KGB in Damascus in 1983. 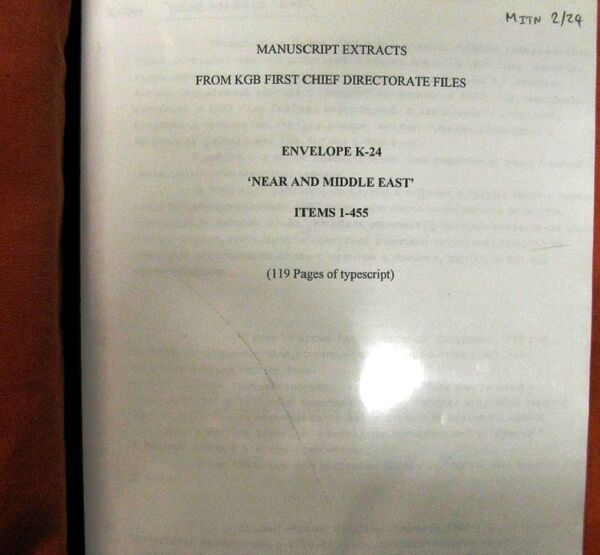 Israeli media were quick to allude that Mikhail Bogdanov, now Vladimir Putin's envoy to the Middle East, was stationed there at the time.

This week, Bogdanov has been trying to broker a summit between Abbas and Israeli Prime Minister Benjamin Netanyahu in Moscow, and both Remez and Ginor did not hide their opposition to such a possibility.

"We thought it was important now in the context of the Russian attempt to arrange a summit between Abbas and Netanyahu, particularly because of Abbas' joint KGB past with Putin," Gideon Remez said, as quoted by the New York Times.

Mr. Remez also added that they were not trying to undercut Mr. Abbas and, in fact, they favor talks with the Palestinians — but not under the auspices of the Russians, who should "not be trusted."

"It is not basically a good idea," he said. "So that is why we thought this is the time to go public with this discovery."

Mr. Remez admitted that he couldn't say whether Bogdanov was directly connected with Abbas in the 1980s, but assumed that being a Middle East expert, Bogdanov could have known about Abbas. 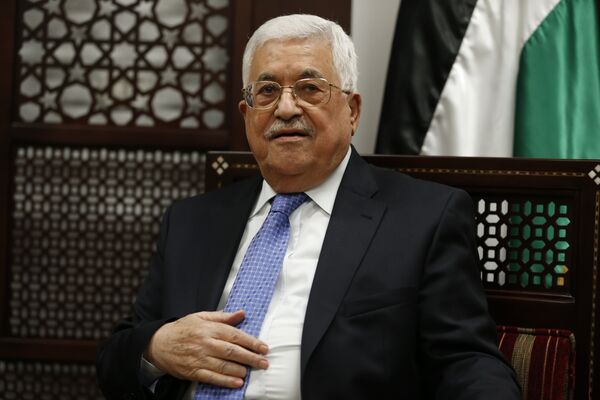 Palestinian president Mahmoud Abbas is pictured during a meeting with the Norwegian foreign minister in the West Bank city of Ramallah on September 8, 2016.
© AFP 2022 / Abbas Momani

This innuendo linking both men to the KGB however, does not wash for a very simple reason.

Bogdanov is a career diplomat, well known and respected across the Middle East — including Israel, where he was Russian Ambassador in 1997-2002. He had worked in the Soviet Embassy in Damascus from 1983. Mahmoud Abbas completed his PhD studies in Moscow in 1982.

So if the KGB had ever wanted to recruit him, his academic stint in Moscow in the early 80s presented a perfect opportunity — without the risk of compromising anyone in Damascus or elsewhere in the Middle East. Moreover, according to the Times of Israel, "after earning his doctorate, Abbas moved to Tunisia where he took a more active role in PLO leadership."

A Tale of Two Moles

Yet, the entry in Mitrokhin's notes, alleging that Abbas was a KGB agent in Damascus, is under the heading "KGB recruiting efforts in 1983."

So it isn't entirely clear from the notes, if "Krotov's" alleged recruitment was successful or not.

"…we don't know what happened later on and if Abu Mazen (another name for Abbas) went on with his service or work for the Soviets."

There is another discrepancy which the two Israeli researchers have not mentioned.

The name Krotov appears in Mitrokhin's notes at least twice. Under entry No. 217, page 40, Krotov I.A. is referred to as a career officer of the KGB's First Chief Directorate (foreign intelligence) in Moscow, working on Middle East issues. 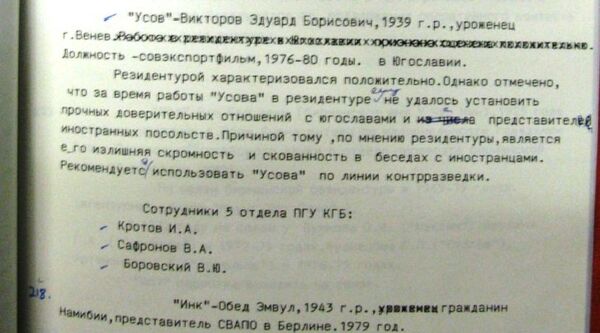 The initials I.A. (name and patronymic) indicate that he is a Soviet national. But on page 47, under entry No.244, Krotov is alleged to be Abbas Mahmoud. One can only imagine what confusion this could create for the case officers. 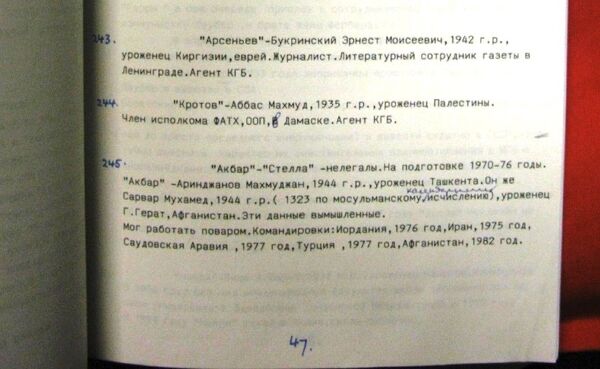 Or was Mitrokhin confused himself?

'A Rather Unbalanced Narrative'

All this raises a question of how reliable the Mitrokhin archive is as a source of information.

From 1972 to 1984 Mitrokhin was a senior KGB archivist who claimed to have copied in longhand thousands of secret KGB papers and smuggled them out of the building.

He said he did this out of desire to expose the abuses of the Soviet system. But how did he hope to get those piles of papers out of the country?

His biographical note on the Churchill Archive Center website says:

"In 1992, following the collapse of the Soviet Union, he, his family and his archive were exfiltrated by the UK's Secret Intelligence Service".

Exfiltration is not your ordinary idea of foreign travel though, it is a special operation to smuggle a useful person across the border.

Would a secret service go to the trouble of "exfiltrating" somebody they had never heard of before? Or was Mitrokhin himself a mole inside the KGB?

And how exactly did he go about copying all those secret files?

Mitrokhin claimed he made handwritten notes at work and smuggled them out of the KGB offices in his shoes and pockets, every night for 12 years. Given extremely tight security procedures at, probably the most secretive organization in the world, how credible is his claim? Was he not making his notes from memory in the safety of his home, rather than at work? And what exactly is in those handwritten notes that are still classified by MI5?

Available to researchers are only the typed out copies that are redacted of any western agents' names in the Soviet Union and around the world. So much for Mitrokhin's claim that he wanted the public to know the whole truth.

"I wrote it in a hurry, and as a result certain notes which I wrote to accompany my account took on an emotional tone, creating a rather unbalanced narrative," Mitrokhin himself admitted.

This, he explained, was "a way of expressing my personal perception of events and my rejection of the criminal intentions, calumnies and deeds of the Soviet nomenklatura."

Ironically enough, his notes it seems, are now being used to undermine efforts to bring peace to the Middle East.