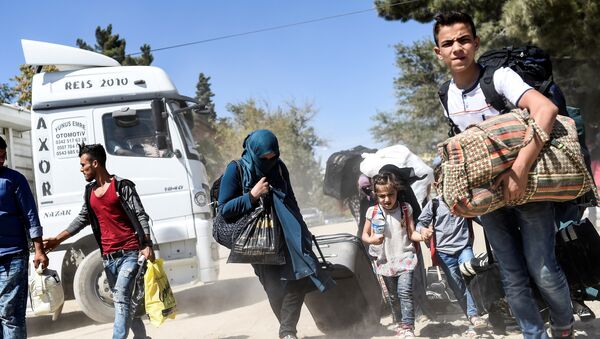 A total of 292 Syrian refugees returned to the town of Jarabulus, that was liberated from the Daesh, according to the Turkish migration authorities.

ANKARA (Sputnik) — A total of 292 Syrian refugees have left Turkey to return to the town of Jarabulus, which has been liberated from Islamic State (ISIL or Daesh) militants, media reported Wednesday.

Syrian Kurds Confirm Temporary Ceasefire Around Jarabulus
The Turkish migration authorities recorded the border crossings made by refugees in the town of Karkamis in Gaziantep province, the NTV broadcaster said.

On August 24, Turkish forces, backed by US-led coalition aircraft, began a military operation dubbed Euphrates Shield to clear Jarabulus and the surrounding area of Daesh, outlawed in Russia and many other countries worldwide.