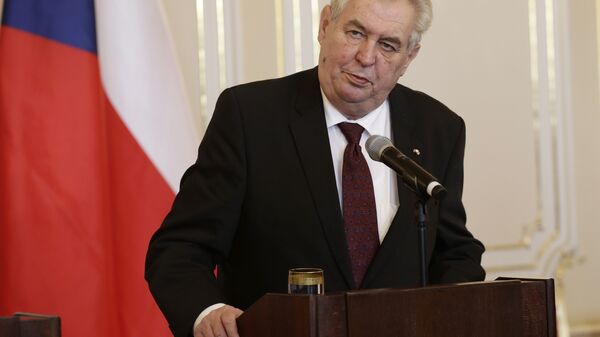 "As for the meeting's agenda, it depends primarily on the guest [Hofer], he is the one to put forth proposals. I remind you that the president had already met with [another Austrian presidential candidate] Alexander Van der Bellen in Vienna," Ovcacek told the Parlamentni listy outlet.

On May 22, Austrians voted in the second round of the presidential elections, choosing between Hofer and Van der Bellen. The latter was elected president after the authorities counted postal votes, despite his rival leading in exit polls.

Following the announcement of the results, the FPO filed a complaint with the Constitutional Court. In early July, the court ruled that the presidential elections should be held again. The rerun is scheduled for October 2.