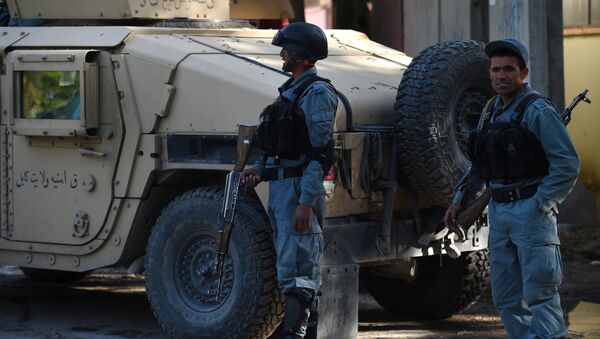 MOSCOW (Sputnik) — The attackers launched the assault at 11 p.m. on Monday [18:30 GMT], detonating a car bomb outside the NGO building and then storming it, TOLO News reported. Police confirmed that one civilian was killed and six were wounded.

"All those killed were poor people and bread winners of their families," said a witness of the bombing in Kabul https://t.co/672mTdW1UZ

​On Monday, three blasts rocked the Afghan capital, killing at least 36 people and wounding some 40. The attack was reportedly perpetrated by the Taliban militant group.

Afghanistan has been gripped by political, social and security-related instability for decades, as radical extremist organizations continue to stage attacks against civilian and military targets.