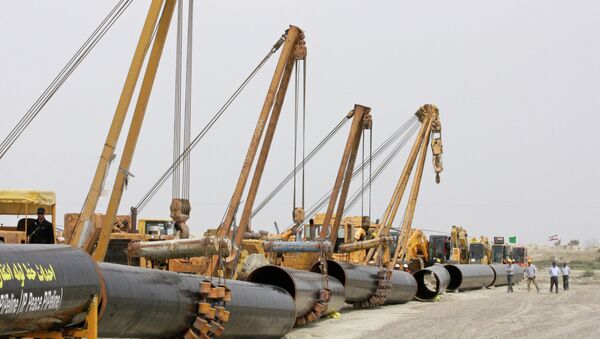 Pakistani Ambassador to Russia Qazi Khalilullah stated that the constriction of the North-South gas pipeline in Pakistan will begin shortly, and country's authorities see no terrorist threat to this project.

MOSCOW (Sputnik) – There is no terrorist threat to the North-South gas pipeline in Pakistan, the construction should begin soon, Pakistani Ambassador to Russia Qazi Khalilullah told Sputnik.

"Both sides are in constant contact on the issue of implementation of different aspects of the agreement on the project of the North-South pipeline which was signed last year… It is expected that the constriction of the pipeline will begin shortly, and our authorities see no terrorist threat to this project," Khalilullah said.

Russian and Pakistani energy ministers signed an intergovernmental agreement for the construction of the North-South gas pipeline in October 2015. The 683-mile Karachi-to-Lahore pipeline, expected to cost some $2 billion, will have an annual capacity of up to 12.4 billion cubic meters of gas.