Croatia's Losses Due to Anti-Russia Sanctions Estimated at $334Mln - Ambassador 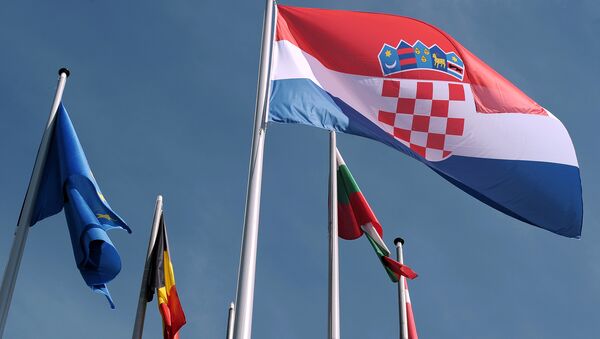 © AFP 2023 / FREDERICK FLORIN
Subscribe
International
India
Africa
Russian Ambassador to Croatia Anvar Azimov said that Russia was ready to buy Croatia's agricultural and pharmaceutical products, as well as cosmetics made in the Balkan state before the European Union imposed sanctions on Russia.

BELGRADE (Sputnik) — The economic losses sustained by Croatia as a result of the introduction of sanctions against Russia are estimated at about 300 million euros ($334 million at the current exchange rates), Russian Ambassador to Croatia Anvar Azimov said.

"Croatia is part of the European Union and NATO and has also introduced sanctions [against Russia]. It also bears losses. Russian businessmen will not invest in a country that imposes sanctions on us. Because of the decrease in exports, Croatia has lost approximately 300 million euros, according to our estimates," Azimov said in an interview with the Croatian Vecernji List newspaper, published on Monday.

Serbia's EU Accession Talks Stalled by Anti-Russian Sanctions, Not Croatia
He added that Russia was ready to buy Croatia's agricultural and pharmaceutical products, as well as cosmetics made in the Balkan state.

Ties between Russia and the European Union, including Croatia, suffered a severe blow after Crimea became part of Russia in 2014 and the West accused Moscow of meddling in the conflict in eastern Ukraine, imposing political and economic sanctions on Russia. The Kremlin has repeatedly refuted the accusations and introduced counter measures, banning a list of EU products.