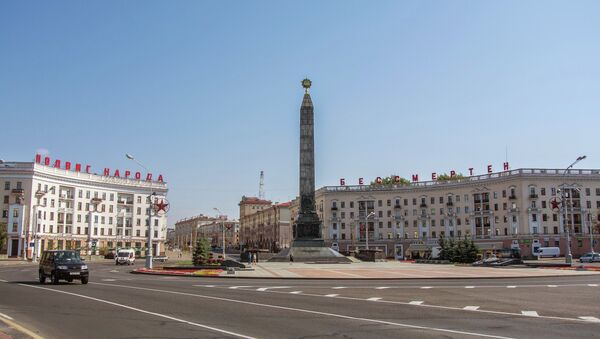 Security issues are on the agenda of the meeting of SCO, CSTO and CIS heads, set to take place in Minsk on September 11.

CSTO Rules Out Military Operation in Syria - Deputy Secretary General
MINSK (Sputnik) — Security issues are on the agenda of the meeting of Shanghai Cooperation Organization (SCO), Collective Security Treaty Organization (CSTO) and Commonwealth of Independent States (CIS) heads, set to take place in the Belarusian capital of Minsk on September 11, the CIS Executive Committee said in a press release Monday.

The results of the SCO jubilee summit held in June in Tashkent will be discussed at the meeting. The parties are expected to exchange views on security and stability in the region and globally.

The participants are set to inform each other about their activities in the priority areas of integration development and plans for the future.