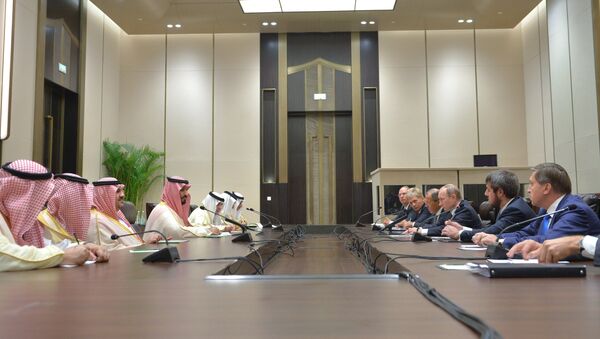 There are certain differences in the approaches of Russia and Saudi Arabia on the Syrian crisis settlement, but the will to intensify dialogue could help overcome the differences on the issue, Kremlin spokesman Dmitry Peskov said on Sunday.

"A very positive meeting. Both sides expressed interest taking bilateral relations — economic trade, investment, and political, to a more advanced level… There was an exchange of views on the Syrian issue, there are certain nuances in the approaches of the two sides, but at the same time, let's say, a will to intensify dialogue in all areas is able to neutralize these differences in approaches," Peskov told reporters.

He added that the Saudi side had expressed willingness to have a more constrictive and intensive approach to joint projects with Russia.