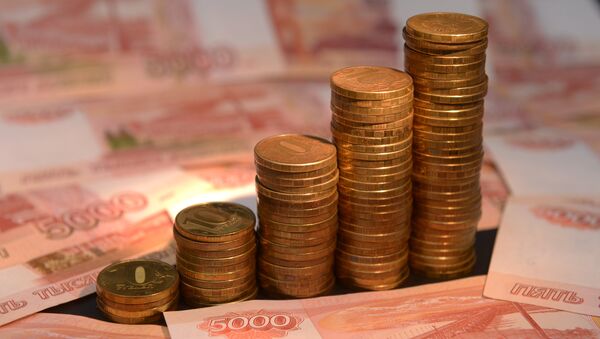 © Sputnik / Vladimir Trefilov
/
Go to the photo bank
Subscribe
Russia and Turkey have moved closer to the conclusion of an agreement on a free trade area (FTA), Russian Economic Development Minister Alexei Ulyukayev said on Sunday, commenting on results of a recent meeting between the leaders of the two countries.

HANGZHOU (Sputnik) — Earlier in the day, Russian President Vladimir Putin and his Turkish counterpart Recep Tayyip Erdogan held a meeting in China's Hangzhou prior to the opening of the G20 summit.

"The meeting was focused mainly to issues on the economic agenda, the restoration of relationships between our countries back to the level that we used to have. We noted progress in several areas, in particular, we have moved closer to an agreement on free trade of services and investment. There was an expert meeting in late August and I agreed to meet with my counterpart [Turkish Economy] Minister [Nihat] Zeybekci in late October," Ulyukayev said.

He specified that his upcoming talks with Zeybekci would be aimed at finalizing work on the draft free trade agreement.

Russia and Turkey proceeded to discussions of specific issues related to the implementation of the Turkish Stream pipeline project, Ulyukayev said.

"Activities on the Turkish Stream are also underway. Specific things are solved there. For example, where, in what place, the pipeline should enter the Turkish coast, with provision of relevant sites. Generally, it was a very practical work."

The Turkish Stream project, which is expected to bring Russian gas via the Black Sea to Turkey and southern Europe, was suspended after a Russian Su-24 aircraft was downed by a Turkish F-16 fighter in Syria on November 24, 2015.

Turkey has fulfilled all its promises regarding the Akkuyu NPP, the situation is developing very positively with a high level of confidence that the first NPP unit will be put into operation within the timeframe established by the contract, the Russian economic development minister said.

"[The Akkuyu issue] was discussed. Regarding the nuclear power plant we have a very positive situation development. The Turkish side has fulfilled all its promises, made ​​changes to the three laws of the republic giving this project the status of strategic… There is a high degree of certainty that in time established by the contract, in seven years, if I'm not mistaken, the first unit will be put into effect," Ulyukayev said.

He added that the Russian side should be certain that Turkish companies wishing to export their agricultural production meet Russia's quality specifications.

Erdogan Thanks Putin for Restarting Charter Flights Between Russia, Turkey
Moscow imposed a number of restrictive measures on Ankara, following the November downing of the Russian aircraft. The list of Russia's restrictions included a ban on charter flights to Turkey and on certain food imports, such as oranges, tomatoes, apples and most poultry products, among others.

In late June the two nations ended the period of tensions, when Erdogan wrote a letter to Putin in which he apologized for the downing of the plane and extended his condolences to the family of the pilot killed in the incident.

By apologizing for the incident, Ankara fulfilled Moscow's condition for restoring the long-term partnership between the two countries. Putin subsequently lifted the ban on charter flights and instructed the government to negotiate a revival of trade with Ankara.

000000
Popular comments
The sex between Turkey and Russia is in full swing and oil presure is starting to build up so that China will get it's black gold but what about the old girlfreind, Syria ? Shes been sold out and not only has to fight Kurds,Israel, ISIS, FSA, "Moderate Rebels" but Turkey and US boots on the ground that will become offical in weeks as more will join them. President Assad needs to pack his bags and get to Iran unless he wants to die like Saddam and get something poked up his bum much to the delight of Hillary Clinton me thinks