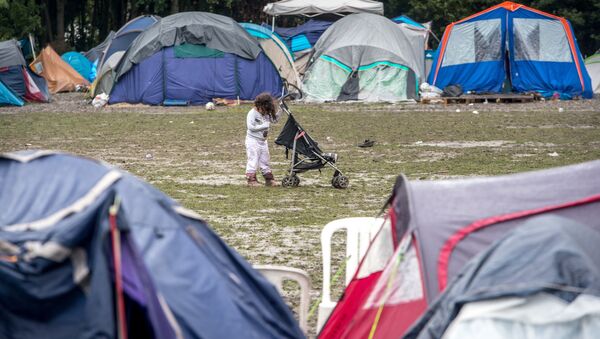 Hundreds of unaccompanied refugee minors have gone missing after arriving in the United Kingdom over the past five years, data disclosed by the UK Home Office indicate.

'My Future' is 'Nothing': Syrian Child Refugees Have No Access to Education
MOSCOW (Sputnik) — Official figures, provided to UK's Independent newspaper under the freedom of information act and published Sunday, has revealed that 9,287 refugees under 18 came alone to the country in search of shelter over the stated period.

According to the outlet, underage refugees are placed in children’s homes or with foster parents. So far, social workers have not been able to get in contact with 360 of them. Of those, 81 have been missing for the whole five years.

Fears are that minors could have run off due to psychological trauma, distrust in local authorities who can deport them, or fallen prey to human traffickers.