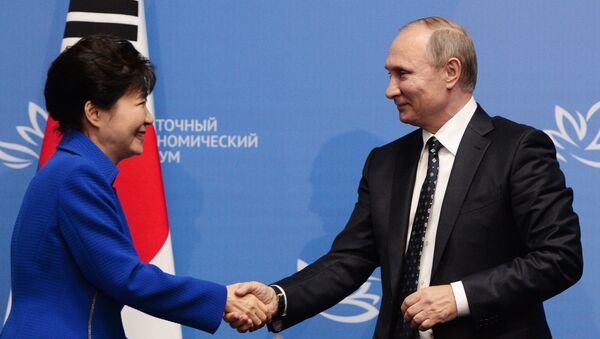 "The Korean partners confirmed their interest in creation of a free trade zone with the Eurasian Economic Union. We are ready to jointly consider merger of our integration plans and ideas of Madam President within the framework of her Eurasian initiative," Putin said.

The Russian leader and South Korean President Park Geun-hye held talks at the Eastern Economic Forum in Vladivostok earlier in the day.