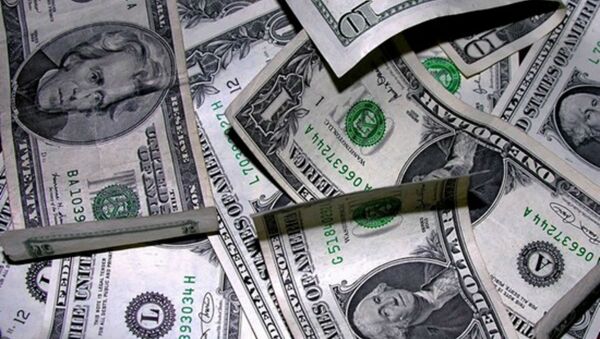 US taxpayers have paid more than $1 million for the pleasure of Pentagon officials, who were able to get away with wasting public funds. Radio Sputnik discussed the issue with Ivan Eland, Director of the Center on Peace and Liberty at the Independent Institute in Washington.

According to Tuesday’s report by the DoD’s Inspector General, government charge cards were used to dish out a total of about $100,000 at strip clubs and about $1 million in casinos.

Pentagon Wants New Chemical Warfare Protective Suit, Despite Budget Cuts
“The problem we have at the Pentagon is that people get away with anything. This is a very small amount of money, but they didn’t correct it and the big problem at the DoD is that they can’t keep tabs on what has been going on for decades. We are talking about trillions of dollars unaccounted for. The accounting problem at the Pentagon is really huge, and it doesn’t get much publicity,” Ivan Eland noted.

He said that there have been some articles in the foreign press, but the American press does not really cover this.

“We have a huge defense budget, but they don’t have an accounting system to keep track of it. It doesn’t mean that all that money was put in somebody’s pocket, but I don’t understand why they can’t fix this problem.”

Ivan Eland  said that the Pentagon should use this money to fix its accounting system or just give the money back to the taxpayers.

When asked whether there are any laws on a breach of national security, he said that people just can’t be allowed to use government funds to go to casinos and strip clubs, that he was sure that the people who do this will be held accountable.

“But this is just small pittance compared to the entire defense budget and the accounting problem they’ve got. I mean it’s not a secret. We had an article about the US Army unable to find trillions of dollars, so the situation is getting worse over time, but this is not really a secret, it’s been out

in the press, but no one seems to care,” Ivan complained.
When answering a question whether this was jeopardizing national security, he said that yes, you really don’t know where your money is actually going.

“You could have expenses like these even on a greater scale. Suppose you’ve bought a weapon that you don’t really need, so the problem is that we don’t know where all this money is really going,” Ivan Eland said in conclusion.

For 2017, the US Defense Department has requested a total budget of $583 billion.

The current level of US defense spending is more than 3.5 times as large as China’s military spending, and more than 12 times as much as the Russian defense budget.