Did Michelangelo Secretly Paint Symbols of Female Anatomy in the Sistine Chapel? 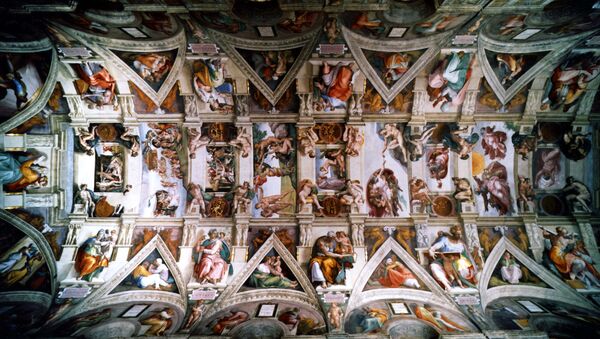 © AP Photo
Subscribe
Michelangelo painted some of the most recognizable images in art on the ceiling of the Sistine Chapel in Vatican City. He also, evidently, included a bunch of heretical body parts.

Among a number of famous scenes depicted on the ceiling of the chapel is the Creation of Eve, which depicts the first female pleading with God in the Garden of Eden. Both Eve and Adam are shown without clothes, but Michelangelo took care to cover select parts of the female anatomy. 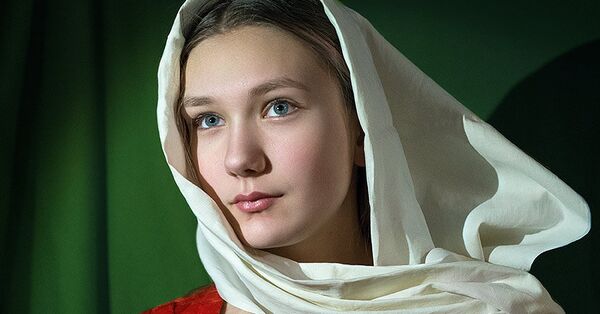 This was likely due to the Catholic Church’s ban on dissection of the human body, as well as patriarchal ideas about who was in charge (hint: men).

But a study published in the journal Clinical Anatomy reveals that the Renaissance artist appears to have hidden a number of references to the female body throughout his Sistine fresco.

In the Creation of Eve, for example, Eve’s arm is positioned so that it "clearly resembles the shape of an inverted triangle…thus, in the exact center of the Sistine Chapel’s ceiling…Michelangelo may have placed a notorious pagan female symbol," says the study, according to the International Business Times.

Researchers used imaging software to detect triangles throughout the ceiling, many of which play a clear, symbolic role.

"In times of intolerance and religious persecution, art almost never dared to openly express what the artist was eager to communicate," researchers said in the study.

"Codes, hidden allusions, symbols and veiled references that were understandable only to a very small circle of contemporaries were the only recourse to those who broke with the traditional dogmas of the time."

Naturally, Michelangelo could not resist the opportunity to include his notion of "the sacred feminine."

"Like other Renaissance artists of his time, Michelangelo often introduced anatomic figures, sexual innuendos and rude insults to patrons without them being aware," researchers said.

"For him, Christianity was not superior to any other form of religion. Michelangelo may have concealed symbols associated with female anatomy to actually exalt the female image that was widely neglected by the Catholic Church."