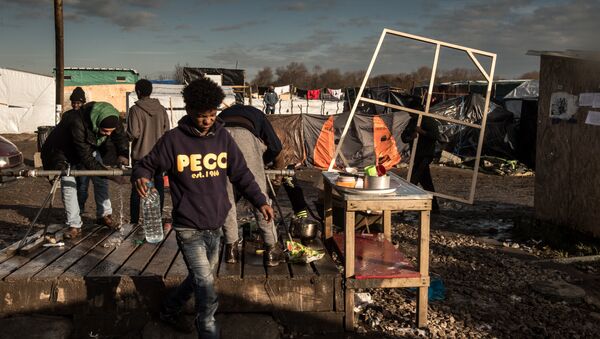 PARIS (Sputnik) — In March, the French authorities almost dismantled the southern part of the Calais migrant camp. Earlier in the day, Cazeneuve announced plans to continue dismantling the camp in the near future "with the utmost determination."

"The minister has ordered to demolish at once the northern part of the camp. No exact date was announced. It will be done at once, not through several stages. To the population of the city, this is the result of requests that were heard for months," Bouchart said, as quoted by the BFMTV broadcaster.

Since last year, Calais has been the home to a large migrant camp – the so-called Jungle – notorious for its horrible living conditions. Thousands of migrants from the Middle East and North Africa are living in the Jungle, located not far from the Channel Tunnel, in hopes of reaching the United Kingdom.