Lavrov Calls for Separating US-Backed 'Moderates' From Terrorists in Syria 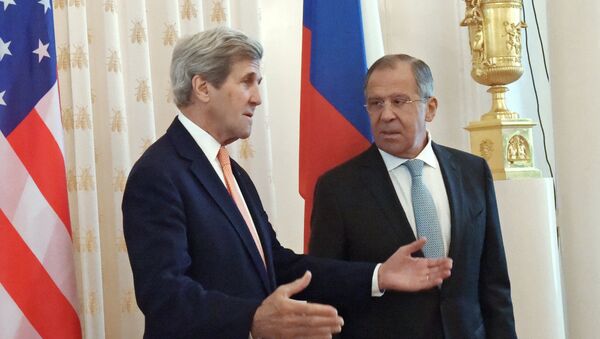 The Russian foreign minister and the US secretary of state held a phone talk concerning the developments in Syria.

"The sides focused on the situation in Syria including the prospects of Russia-US coordination in the fight against terrorist groups that entrenched there. Lavrov again directed [Kerry's] attention to the need to immediately separate the US-linked Syrian opposition groups from terrorists hiding behind them, who continue active offensive and atrocities on the captured territories," the ministry's statement reads.

Syria has been mired in civil war since 2011, with government forces loyal to President Bashar Assad fighting numerous opposition factions and extremist groups. On February 27, a US-Russia brokered ceasefire came into force in Syria. Terrorist groups, which maintain a heavy presence in Aleppo, are not part of the deal.