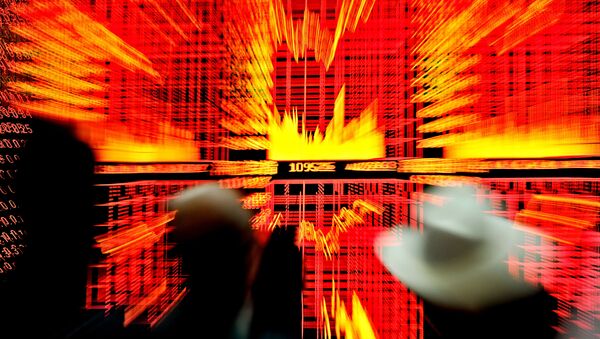 The success of the first “green bonds” issued by the BRICS New Development Bank (NDB) in China gives grounds for a return to the Chinese market to issue more bonds, NDB Vice President Zhu Xian told Sputnik on Thursday.

Smart Money Invests in Russia: Euroclear Gives Green Light to Russian Bonds
VLADIVOSTOK (Sputnik) — Green bonds are a type of tax-exempt bonds issued for the development of environmentally friendly projects, including those aimed at promoting energy efficiency and pollution prevention. Such bonds have been gaining popularity in recent years — while in 2013 some $11 billion in green bonds were issued globally, the total value of the bonds issued last year exceeded $40 billion, according to the European Bank for Reconstruction and Development (EBRD).

“We think that the first issue of green bonds on Chinese bond market was very successful,” Zhu said.

According to the NDB vice president, demand for the bonds outstripped supply threefold, despite this being the first time bonds were issued by a non-Chinese entity on the Chinese bond market.

“This shows that [the Chinese bond] market accepted us,” Zhu Xian pointed out, adding that it gives grounds for the bank to “regularly go back to the Chinese market for issuing the bonds.”