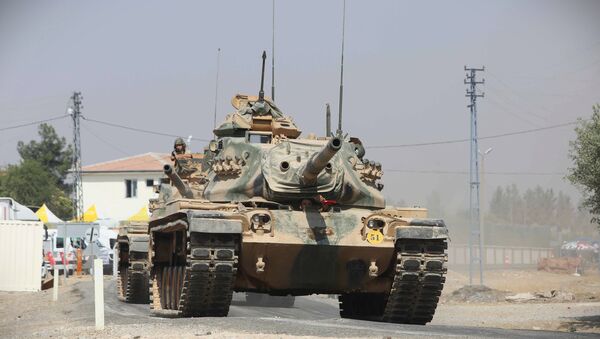 The Turkish military has sent another eight tanks and armored vehicles to support the opposition Free Syrian Army at Jarabulus in northern Syria.

A Sputnik correspondent in Jarabulus reported that the Turkish tanks and armored vehicles were sent from the village of Soylu in southern Turkey, and arrived at Jarabulus via the border checkpoint at Karkamis.

The correspondent also reported that Turkish fighter jets have been carrying out airstrikes on Daesh positions in the region. 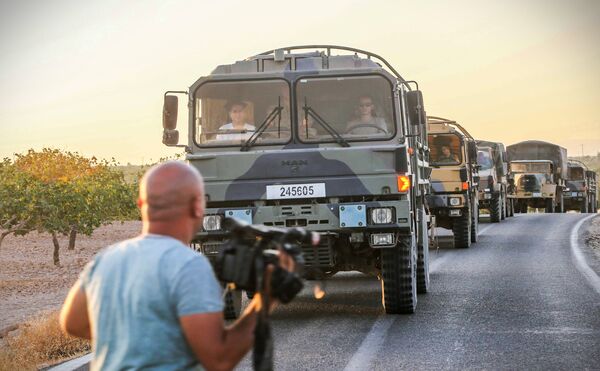 Turkish armored vehicles in Jarabulus
© Sputnik Türkiye/HİKMET DURGUN
Ankara launched the "Euphrates Shield" operation in Jarabulus on August 24, sending 20 tanks and infantry across the border to assist units of the FSA in an offensive against Daesh at Jarabulus.

The operation also aims to contain the expansion of US-backed Kurdish militia in northern Syria, following the success of the Kurdish-led Syrian Democratic Forces in liberating Manbij from Daesh terrorists earlier this month. 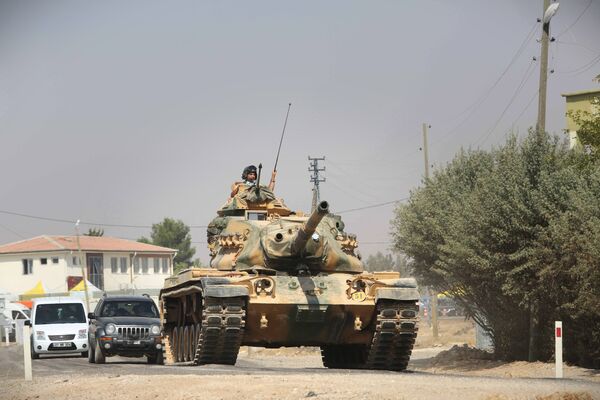 Turkish tanks and armored vehicles in Jarabulus
© Sputnik Türkiye/HİKMET DURGUN
Turkey said the shelling of Daesh-controlled areas was in response to mortar fire from Jarabulus, which landed in the town of Karkamis in Gaziantep Province of Turkey.

Jarabulus has been in the hands of Syrian opposition groups since 2012, and the Daesh terrorist group took control of the city in 2013. 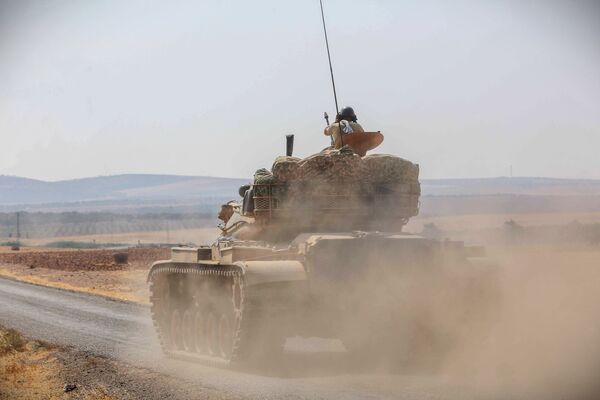 "We did it [the Jarabulus operation] to secure our frontiers, to prevent casualties and property damage because of missiles, etc. On the other hand, we undertook the operation to remove [Daesh] from the region and not to let PYD-YPG fill the vacuum."

'Euphrates Shield': Turkish Operation to Reshape Balance of Power in Syria
Yildirim said that the operation by the US-backed Kurdish-led Syrian Democratic Forces in Manbij, 32km away from Jarabulus, led to Daesh terrorists fleeing north to the Turkish border, where they have carried out attacks on Turkish territory.

"When [Daesh] was ousted from there, they moved north to Jarablus and began attacking us from there. Behind them, PYD-YPG elements also arrived, and a threat emerged to our borders in a real sense. Therefore, we decided to undertake the military operation," the Prime Minister explained, al-Monitor reported.