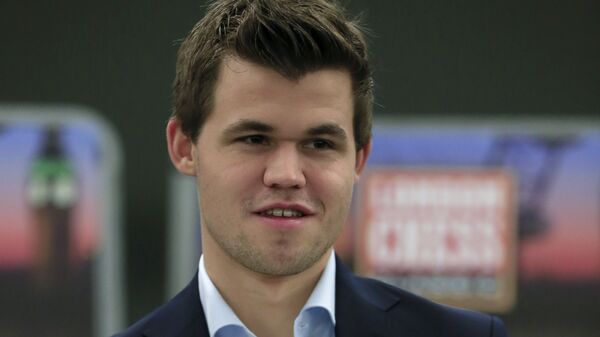 World Chess Champion Magnus Carlsen, who has pretty much dominated international chess for several years and enjoys all but iconic status in his home country Norway, has stirred a controversy in the local media with his unexpected political statements.

Norway Oils Clinton's Wheels Despite Internal Criticism
Earlier this year, Carlsen admitted in an interview with Norwegian TV-channel TV2 that he was "a huge fan" of US Republican presidential candidate Donald Trump, something seldom uttered in Norway, where the mainstream media are strictly pro-Clinton and where Donald Trump is a standing subject of ridicule.

Last week-end, however, the controversy flared up anew, as Carlsen's supposed sympathies with Trump were addressed again in his interview with Spain's second largest newspaper El Mundo. Carlsen expressed displeasure with how his words had been "twisted and turned," while at the same time snubbing Norwegian political correctness.

"A few months ago I joked about the upcoming US election. I said I liked Trump's style, I said he was funny, maybe because does not argue in a rational way, or because he's good at putting names on things [like 'crooked Hillary', arguably the most well-known 'trumpism']. The next day all the newspaper headlines read 'Carlsen supports Trump.' In my home county, political correctness dominates everything. We should be more open," Carlsen told El Mundo.

Clinton’s ‘Malicious’ Attacks on Trump, Putin Paving Way For World War
Carlsen rarely expresses himself about either politics or Norwegian society in general, confining his agenda to chess-related issues. According to the world chess champion, it is best to hold one's tongue.

"Of course I do have my political opinions, but there are people who would not like them. They would criticize me if I spoke out," Carlsen said, as quoted by Norwegian newspaper Aftenposten.

Carlsen's statements throughout his brilliant chess career stand in stark contrast with those of his former mentor: chess champion Garry Kasparov. The 53-year old Baku native is currently a resident of Manhattan, and ranks among the world's most rancorous critics of Russia and its president Vladimir Putin. Earlier this summer, he even ventured to suggest parallels between Putin and Trump.

The year 2015 was relatively quiet for Carlsen. This year, however, the 25-year-old Norwegian is scheduled to meet his Russian peer and fellow former chess prodigy Sergey Karjakin in a battle for the international chess crown in New York. Karjakin, a native Crimean, switched chess federations and joined Russia as far back as 2009. He made no secret of his support for the peninsula's re-unification with Russia.

In light of international tensions, many view the forthcoming battle as a remake of the celebrated 1972 standoff between the Soviet Union's Boris Spassky and USA's Bobby Fischer.