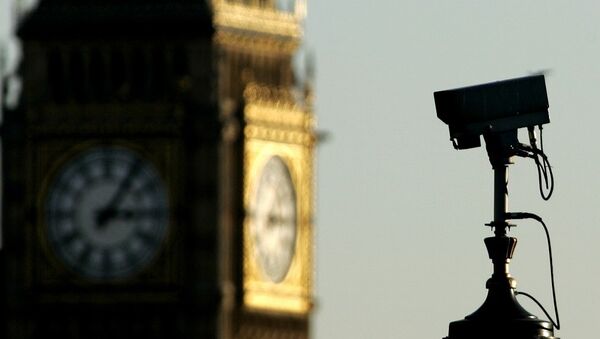 © AP Photo
Subscribe
A London borough has announced plans to scrap CCTV cameras at a time when the country is facing a severe terrorist threat.

Westminster City Council intends to scrap 75 cameras within its boundaries in order to save US$3.5 million.

The borough is home to some of Britain's biggest tourist attractions, including the Houses of Parliament, Big Ben, Downing Street, Trafalgar Square and the popular entertainment district of Soho.

​Former counterterrorism detective and author of the book "Theseus Paradox," David Videcette, spoke to Sputnik about the issues surrounding reducing the number of CCTV cameras in London. 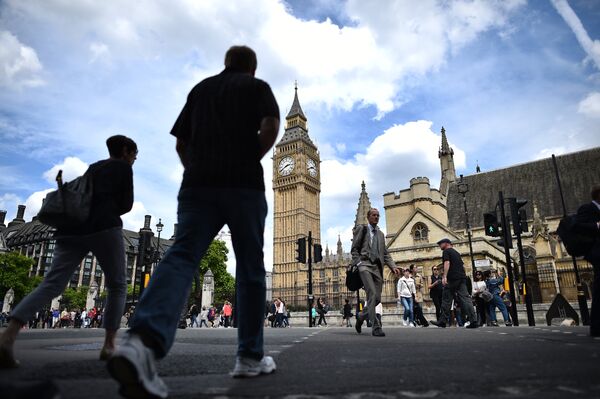 Londoners pass the Elizabeth Tower (C) which houses the "Big Ben" bell in the Palace of Westminster in central London on June 28, 2016.
© AFP 2021 / Ben Stansall

Mr. Videcette said that the UK has been at the forefront of CCTV use and development for some years. The police make extensive use of both private and public CCTV systems in criminal investigations of all types, which also makes it critical in investigations relating to terrorist activities.

"When we talk about CCTV, we mean fixed point systems that cover geographic locations. The police have databases of what cameras are situated where, who they belong to and how the images can be obtained if an incident has taken place nearby. After a crime has taken place, particularly more serious crime and terrorism, officers will wander around looking for cameras that may be of use and obtain their images," Mr. Videcette told Sputnik.

However, some have said that with today’s modern day technology, CCTV is not necessary.

Most citizens now have a camera phone and as a result they capture the footage using the device. In the killing of British Army solider Lee Rigby in 2013, it was the people who were passing by who captured some of the first images.

Mr. Videcette, however believes that nothing can compensate for CCTV, as fixed site cameras are on 24 hours a day. This means that if someone has walked or driven past them en route to a crime or fleeing from a crime — their image, or their vehicle’s image, will be captured.

Just need about a dozen more signatures(you don't need to live in the borough) this affects resisents workers and… https://t.co/kSlxzbJxuf

​"People taking photos with phone cameras or other devices can't be traced or relied upon in the same way as fixed-site CCTV can be. That's not to say that phone videos and photos are of no use, they can be, but the issue is that tracking down the people who have these images is often impossible," Mr. Videcette told Sputnik.

Tories Failing UK Counterterror Recruitment Drive - Labour Deputy Watson
"There have been successful investigations, particularly terrorist investigations, where the facts have been established from multiple phone cameras. The investigation into the death of Benazir Bhutto in Pakistan is a good example of that. The Anti-Terrorist Branch (SO13 division) of the Metropolitan Police assisted in establishing how she was actually killed as independent investigators at the request of the Pakistani government.

"Multiple people surrendered their phones and the 'scene' was reconstructed from multiple angles without fixed site CCTV, so it is possible. But this was a single site incident with hundreds of people trying to get a photo or video shot of a presidential hopeful when a suicide bomber struck.

"People knew that their phones might hold evidence. That's very different from seeing a man walk through your video of a landmark and nothing happening," Mr, Videcette told Sputnik.

Britain has one of the highest proportions of CCTV cameras in the world.

The British Security Industry Association (BSIA) estimated in 2013 there are five million CCTV cameras in the UK, with the average person being recorded by about 70 cameras each day.

However, for some the use of CCTV is just another excuse to spy on people.

Tony Porter, the UK's Surveillance Camera Commissioner, said many of Britain's millions of cameras are useless when it comes to combating crime.

​Porter, a former senior counterterrorism police officer in Manchester, said that the UK "must not sleepwalk into a surveillance state."

000000
Popular comments
The old canard about security is yet again trotted out to provide spurious reasons for 24/7 surveillance by CCTV cameras.However the Legal System in it's exemplary recording of Trials proves the ineffectiveness of CCTV in combating crime (few cases involve evidence used in Court from CCTV)but it is useful if you want complete monitoring of your electorate and the ability to hound and prosecute innocent people (especially if there is a peaceful demonstration hijacked by thugs paid for and controlled by the Authorities-see the Poll Tax Riots etc.)Britain has fully eroded Human Rights over the past few years and the truth about the Brits boast of Fair Play and the Rule of Law is now patently hollow.