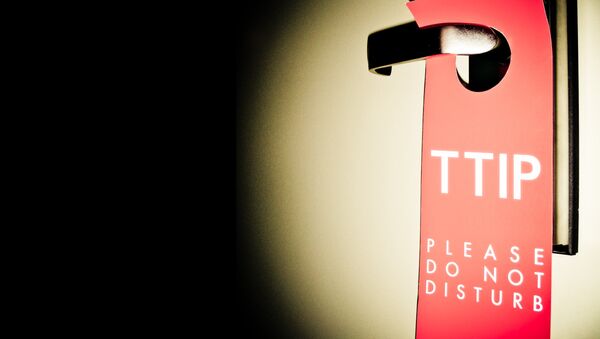 "The commission is making steady progress in the ongoing TTIP negotiations… Talks are now, indeed, entering a crucial stage, as we have proposals for almost all chapters on the table and a good sense about the outline of the future agreement," Margaritis said in a briefing.

The commission plans to close the trade deal by the end of the year, he added, stressing that it remains committed to upholding Europe's health standards, social welfare, data protection and diversity.

The last round of TTIP negotiations was held in mid-July. The sides discussed mainly market access, regulatory cooperation, and trade rules. Following the round, negotiators said that the European Union continues to disagree with the United States on a number of issues regarding tariffs, services and procurement. US negotiators said that the sides agreed to eliminate duties on 97 percent of approximately 8,000 tariff lines currently in place.

EU, US Still at Odds on Tariffs, Services, Procurement in TTIP Talks
The TTIP free trade agreement, which has been negotiated since 2013, involves the creation of a free trade zone between the European Union and the United States.