Russia to Build New Launch Pad for Angara Rockets by 2019 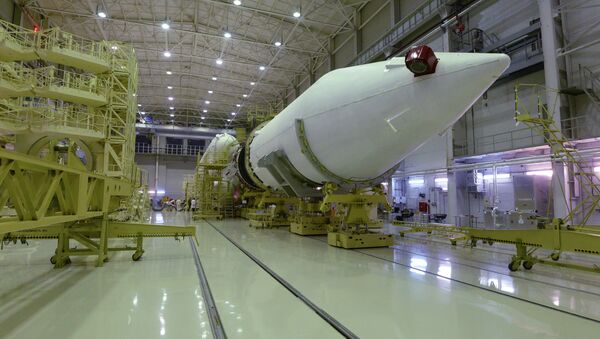 © Sputnik / Mikhail Voskresenskiy
/
Go to the mediabank
Subscribe
International
India
Africa
A new launch complex for the Angara rocket family will have been built in Russia by 2019, local media reported Monday.

Russia
Russia to Launch Angara-1.2 Rocket With Korean Satellite KOMPSAT-6 in 2020
MOSCOW (Sputnik) — Russia plans to build a new launch complex for the Angara rocket family at the Plesetsk Cosmodrome in the northwest of the country by 2019, local media reported Monday.

“The construction schedule has been agreed, a new launch pad will be created taking into account the experience gained in the construction of our first Angara launch complex at Plesetsk,” the Izvestia newspaper cited a source in the Russian federal agency for special construction Spetsstroy as saying.

According to the newspaper, the construction of the new launch pad will result in more Angara rockets being launched from Plesetsk than from the Vostochny Cosmodrome in Russia's Far East.