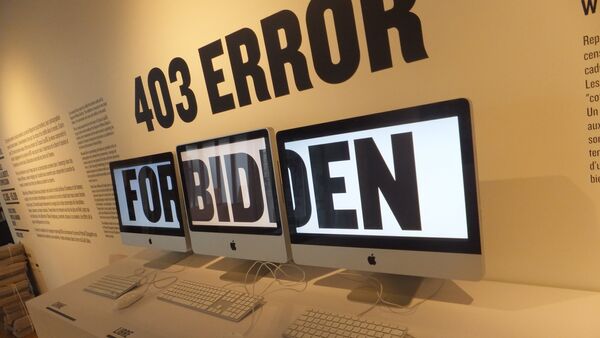 MOSCOW (Sputnik) — The RSF also notes that the Pakistani government reacted rapidly by dispersing and arresting the activists, and called for a full media protection.

"In the wake of an attack by armed members of the Muttahida Qaumi Movement (MQM) on a TV channel’s offices in Karachi four days ago, Reporters Without Borders (RSF) calls on the British authorities to bring charges against the MQM’s London-based leader Altaf Hussain, who openly urged his followers to carry out the attack," the RSF said in a press release.

The MQM is a secular political party, representing the Urdu-Speaking Muslims, also called the Mohajir community, who migrated from India to Pakistan in 1947.

The movement was founded by Altar Hussain, coming from a mujahir family, who obtained the UK citizenship after fleeing his home country more than 20 years ago. The MQM have reportedly received allegations of criminal activities and violence.