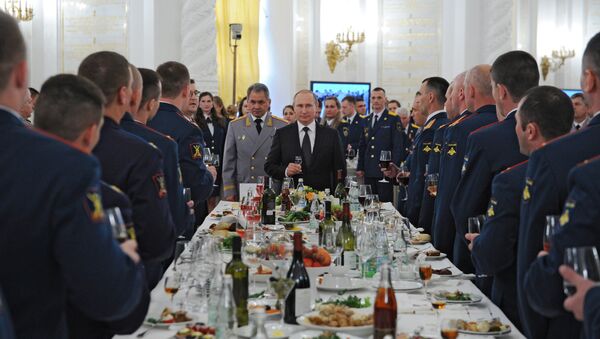 © Sputnik / Michael Klimentyev
/
Go to the photo bank
Subscribe
During the recent luncheon meeting between Presidents Putin and Erdogan in St. Petersburg earlier in August, the media noticed some unusual dishes on the table, portraying the two leaders shaking hands; however it turns out that almost every meeting of the Russian president has some peculiar detail.

The media always wants to go behind the closed doors of a high-profile meeting to learn some new, interesting details.

During the August 9 mid-diplomacy luncheon of Presidents Putin and Erdogan, the media latched onto the unusual dishes on the table featuring the two leaders shaking hands. 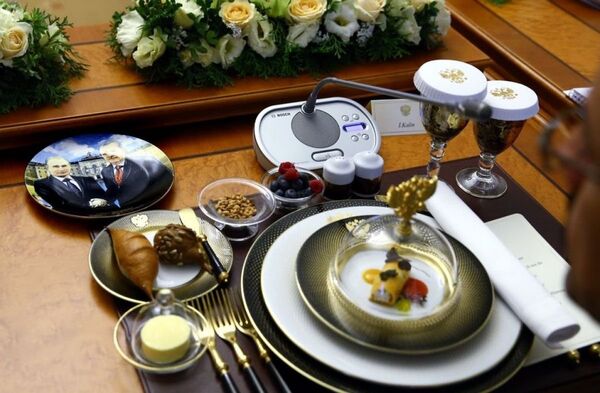 However, it turns out that the Russian government quite often creates ceremonial plates featuring the visiting dignitary.

According to the Russian media, similar plates were created for the talks between Vladimir Putin and former President of Argentina Cristina Fernández de Kirchner and for the meeting with Egyptian President Fattah Al-Sisi, both in August 2015.

Reports suggest that the tradition dates back to the times of the first Russian Emperor Peter the Great (XVII-XVIII centuries), who first invited foreign craftsmen to create exquisite porcelain dishware for high-profile guests, but later turned to the domestic Russian craftsmen.

The first porcelain factory was opened in the city of St. Petersburg in 1744, and for almost two centuries it belonged to the Russian imperial family. However, since the 1990s it has been almost forgotten by Russia’s leaders. 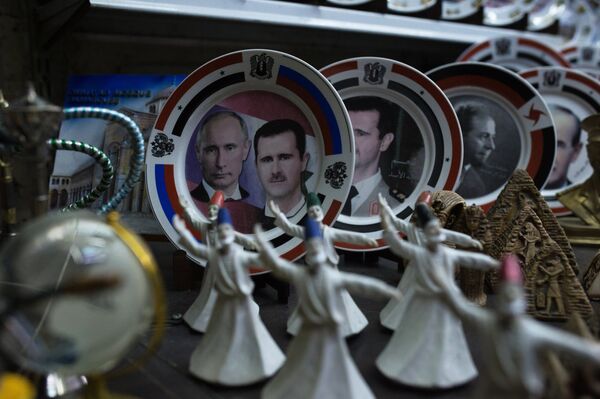 Russian porcelain only returned to the Kremlin’s tables at the start of the XXI century. According to the Russian online newspaper Lenta.ru, the 300-year anniversary of St. Petersburg contributed to the revival of the long-forgotten tradition.

Guests invited for the celebrations back in 2003 were treated to Russian-made porcelain. Nowadays each hall of the Grand Kremlin palace in the Moscow’s Kremlin has its own dinner set.

One is decorated with the Russian coat of arms, another with the Order of St. Andrew the First-Called, the highest order of the Russian Federation with its own motto: “For faith and loyalty.”

The third has the Order of Alexander Nevsky, an order of merit of the Russian Federation named in honor of saint Alexander Nevsky.
Unique dinner sets may be created for a particular occasion: for example, for the Summit of the Commonwealth of the Independent States (CIS) there was a Volzhsky Utes (Volga Cliff) set with paintings of the countryside. 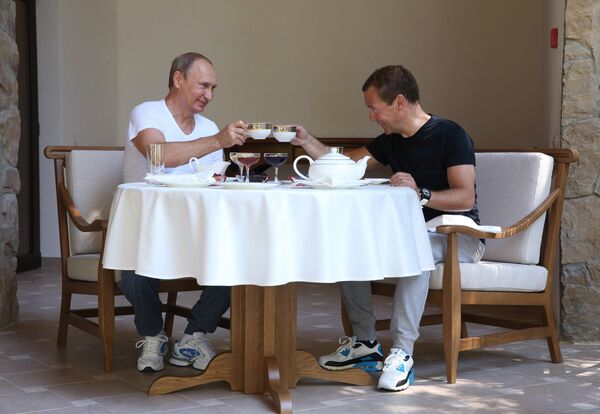 What also attracts the attention of the reporters is the Kremlin cuisine.

Chief Kremlin culinary specialist Denis Mitrokhin has been nicknamed the “King of Sweets.” He says that recently the country’s leaders are turning away from modern desserts and instead choosing old Russian recipes. 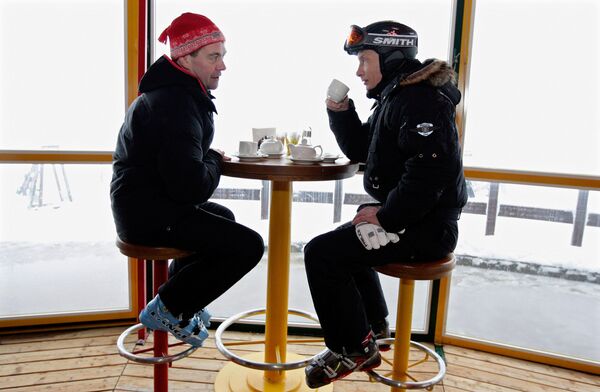 Baked apple with honey and nuts is the hit of the season.

Sometimes there might be some really surprising treats. Back in 2015, for example, Indian Prime Minister Narendra Modi was treated to edible fir-cones.

Former French President Nicolas Sarkozy was served soup made from the well-known Russian sugar and spice cake (Pryanik), which comes from the town of Tula. By all accounts, the president was very pleased.

President Putin is said to like it when it “looks beautiful and is tasty,” according to Mikhail Zhukov, the former chief of the “Kremlyovsky” food production facility. 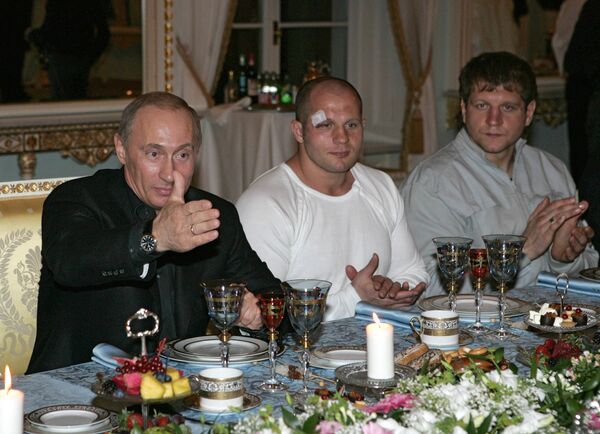 The president once told the Russian media that his taste is quite modest.

“If there is a choice between meat and fish, I would prefer fish. And out of meat I prefer lamb,” he once told the media.

The Russian leader does not have a sweet tooth, but likes ice-cream.

“When I visit some place I certainly try the local cuisine. And I like green tea,” Vladimir Putin said. 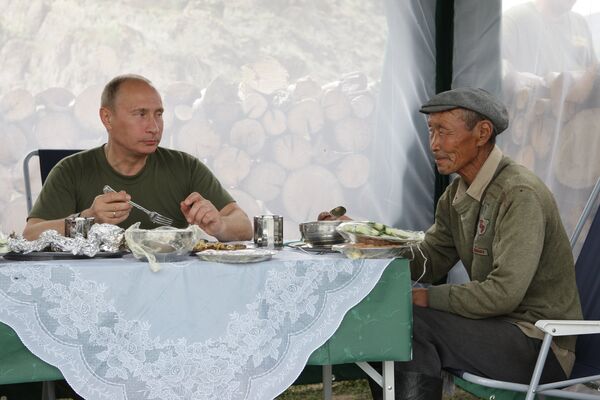 Back in 2012, the Russian leader led the TV crew of the Russian NTV channel into his kitchen. And they learnt that after his morning training the

President of Russia has a breakfast of porridge and farmer’s cheese with honey and raw quail’s eggs.

President Putin also has his own cocktail recipe, which includes beet-root and horse radish among the ingredients.