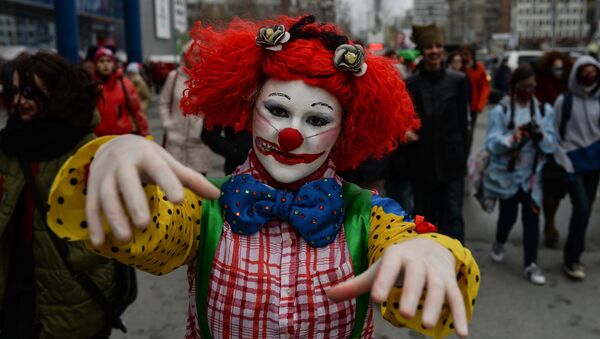 Greensville, South Carolina, is currently living in the scariest horror movie of all time, as a clown has reportedly been spotted trying to lure children into the forest.

The Doll Without A Face
Police have sent a letter to parents warning them to keep their children away from the woods near Fleetwood Manor Apartments.

“To The Residents of Fleetwood Manor.

There has been several conversations and a lot of complaints to the office regarding a clown or a person dressed in clown clothing taking children or trying to lure children in the woods.

First and foremost at Fleetwood Manor Apartments children’s safety is a top priority. At no time should a child be alone at night, or walking in the roads or wooded areas at night. Also if a person or persons are seen you are to immediately call the police.

Greenville County Police Department is aware of the situation and have been riding the property daily.

Remember there is a 10pm curfew for the property so to ensure your children’s safety please keep them in the house during night hours and make sure at ALL times children are supervised. Anymore information that becomes regarding this issue will be sent out to all residents.”

The clown was first reported August 21, by a woman whose son claimed he saw “clowns in the woods.” A responding officer spoke with another resident who reported seeing a clown by a dumpster. The resident said that she waved and the clown waved back, but did not attempt to approach her, CBS reported.

Other neighborhood children also reported seeing the clown, who tried to convince them to follow him into the woods using large amounts of money as bait.

An investigating officer followed clown footprints to a nearby home, but found no evidence of anything else suspicious.