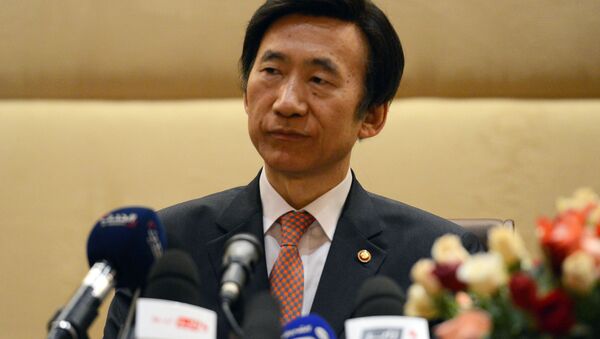 "We will also cooperate with the UN Security Council and our allies to let North Korea know the pains and costs involving nuclear and missile development will only grow if it sticks to the development," the minister said as quoted by the Yonhap news agency adding that the sides would also discuss "specific" measures to prevent Pyongyang from continuation of nuclear buildup.

On August 24, media reported that Pyongyang had launched a ballistic missile from a submarine in the Sea of Japan. The missile reportedly flew about 300 miles toward Japan, allegedly falling in Japan's Air Defense Identification Zone.

In July, South Korea and the United States announced that they had agreed to deploy the US Terminal High Altitude Area Defense (THAAD) missile system in the South Korean Seongju County amid increased tensions on the peninsula.