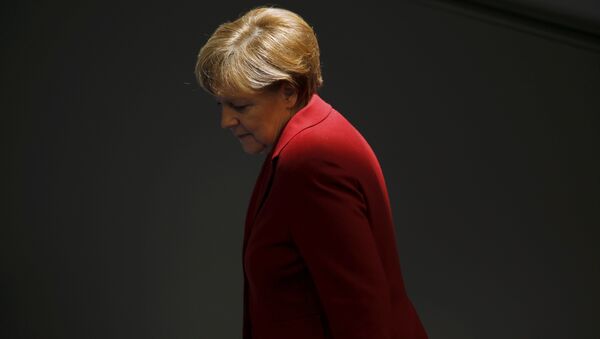 German Chancellor Angela Merkel’s support among German voters continues to crater with a new poll showing that 50% of Germans oppose granting the politician a fourth term in office calling into question whether the country’s leader will even both pursuing reelection.

Support for Merkel has fallen precipitously over the last year as the public has become enraged by Merekel’s open-door migrant policy that saw Germany accept 2.14 million refugees in 2015 alone according to the Federal Statistics Office. Many Germans believe these migrants escaping the horrors of the Syrian and other Middle East battlefields have failed to assimilate to the domestic culture.

Opposition to what some called the growing Islamization of Germany exploded in the past month following a string of violent attacks against civilians, three of which were carried out by asylum seekers with Daesh (ISIS) claiming responsibility for two of these terror strikes.

The Emnid poll conducted on behalf of the Bild am Sonntag newspaper found that 50% were against Merkel remaining in office beyond the 2017 election with 42 percent wanting her to remain. The poll consisted of 501 respondents.

In November, Bld am Sonntag commissioned a poll on Merkel’s electability finding that 45% favored Merkel serving a fourth term with 48% opposed – with the recent polls results marking a significant, but not insurmountable, five point electoral swing.

Asked in an interview on Sunday with German public broadcaster ARD whether she sought a fourth term as the country’s leader, Merkel refused to comment saying that she would decide "in due course."

The politician’s popularity will likely falter more in the coming months with plans laid out to draw from German citizens’ public pensions in order to provide necessary aid and relief to the millions of refugee that have flocked to the country and with growing budgetary pressures likely undercutting Merkel’s promise to increase funding for infrastructure, education and research.

Merkel’s future candidacy may ultimately rest in the hands of the Erdogan government in Turkey that has grown increasingly dismayed by the European Union’s reticence to offer Turkish citizens visa-free travel within the Schengen Zone in completion of the controversial Turkey-EU migrant deal.

European officials contest that Erdogan has failed to meet certain human rights targets established in the deal due in large part to the purge of over 100,000 civil servants and arrest of over 15,000 people in the wake of the failed coup of July 15.

Turkey has threatened to inundate Europe with millions of migrants with Erdogan speaking directly to the possibility of opening the floodgates if visa-free travel is not granted by October. The addition of millions of new refugees racing through Europe towards Germany could ultimately doom Merkel’s electoral viability.

000000
Popular comments
Does that mean that there are 50% brain damaged Germans that would support another term? Absolutely insane. Okay, it's not that bad. They only polled 501 people of which 48% were brain damaged criminals. On the other hand, these numbers could just be from the Cia instruction manual.
helena.hi
29 August 2016, 00:30 GMT1
000000
Poll: 99% of German's Oppose 4th term for Merkel. There seems to have been a typing error in the headline of the article...