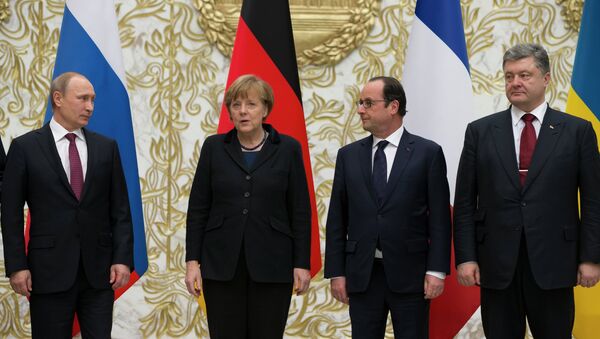 © AP Photo / Alexander Zemlianichenko, Pool
Subscribe
Jan Tombinski, the European Union's outgoing ambassador to Ukraine, has revealed that the EU's sanctions against Russia are not really connected to the Minsk agreements on peace in eastern Ukraine, but on 'Russian aggression' against Kiev. Accordingly, the diplomat implied that anti-Russian sanctions may be extended indefinitely.

Interviewed by Ukrainian radio station Radio EC-Evropeiska Stantsiya on the eve of his departure earlier this week, the ambassador, who played a critical support role in the EuroMaidan riots which culminated in the February 2014 coup d'etat in Kiev, explained that Russia's ostensible obligations under the Minsk agreements were in no way connected to European officials' decision to prolong anti-Russian sanctions.

Accordingly, Tombinski noted, the sanctions can be extended whether Russia 'complies with its obligations' or not. The diplomat did not reveal what exactly those "obligations" might be, given that Moscow is not even a direct party to the conflict, but a mediator. Instead, he suggested that the sanctions were connected with Russia's "aggression" against Ukraine and the "annexation" of Crimea, whose population voted overwhelmingly to break off from Kiev and rejoin Russia amid the instability that followed the 2014 coup. 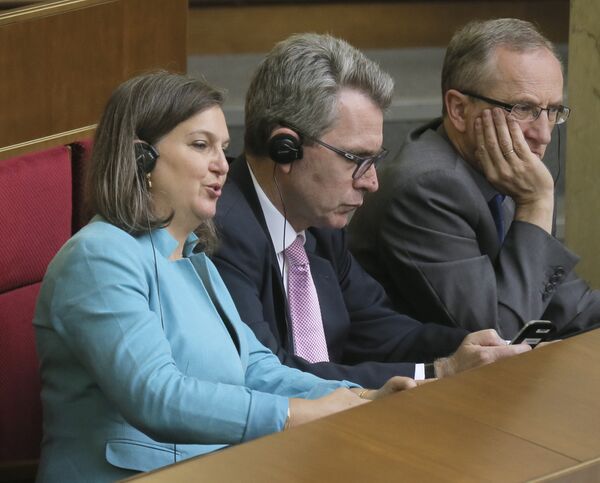 'Russia Too Big and Savvy for That': Merkel Sees No End to Sanctions on Moscow
Tombinski's remarks, essentially revealing that EU sanctions against Russia might remain in place indefinitely, come at an unfortunate time for German Chancellor Angela Merkel. A day prior to his comments, Merkel reiterated to Czech Prime Minister Bohuslav Sobotka the oft-used mantra that the EU's sanctions were directly connected to Moscow living up to its commitments under Minsk.

Commenting on the apparent inconsistency between the talking points used by Brussels and Berlin, Azhdar Kurtov, a senior expert at the Russian Institute for Strategic Studies, told the Svobodnaya Pressa online paper that this not the first time Western leaders have effectively lied to Moscow about sanctions being connected to concrete actions. In fact, he suggested, it's become somewhat of a tradition.

"It's worth recalling that during the Soviet period, there was a legislative amendment created by US congressmen which limited US trade with our country." Called the Jackson-Vanik Amendment and in 1974, "it was approved in connection with alleged Soviet violations of the rights of citizens of Jewish nationality."

"This piece of legislation remained in force several decades after the legal basis itself disappeared," (and long after the Soviet Union itself ceased to exist). That law, Kurtov suggested, was never really connected to the persecution of Soviet Jews in the first place.

Now, the situation surrounding the modern-day anti-Russian sanctions is much the same, the expert suggested. "We're seeing the same thing today. There is the formal aspect, linked to the fact that Russia is always being urged to 'fulfill its obligations', even though it is not even a subject to the Minsk agreements. But that's not the main issue: even sticking to formalities, it's necessary to read the text of these agreements. And that's something no one wants to do, apparently."

Netherlands Hopes for Better Russia Ties Amid Declining Trade
Kurtov pointed out that simply going back and reading the Minsk peace deal's 13 points confirms that neither Moscow nor the self-declared Donbass republics are responsible for violating the agreement. "These violations don't exist because Minsk provides a coherent chain of actions [which must be fulfilled in order]. And this chain was broken – in the sense that it's points were not carried out, not by the Donetsk or Lugansk republics, but by Kiev authorities. Therefore, even formally, there are simply no grounds for blaming Russia."

In reality, the expert said, Western countries' sanctions policy against Russia has never been about things like the alleged violation of human rights or failure to live up to some agreement. After all, Russian President Boris Yeltsin's decision to fire into the Russian parliament in 1993 was, "from the perspective of refined Western democracy, a clear violation, for which sanctions could have followed, but they didn't. This indicates that some other issues are at stake."

"In my opinion, these circumstances are obvious: Russia has begun to consistently pursue an independent policy." Throughout the 1990s, Kurtov recalled, Russia held a pro-American line in international relations, and eagerly listened to Western advisors' advice on reforming the economy, which virtually collapsed as a result. The country's armed forces were degraded, the latest weapons systems systematically destroyed, and Moscow withdrew from the areas around the world traditionally considered part of its sphere of influence.

"Now, when we have begun consistently and firmly asserting our national interests, and have even come to serve as a kind of 'guide' to other countries wishing to do the same, the main blow [from the West] has been directed against us. Sanctions serve as one form of this kind of pressure. And so an excuse was invented – and more precisely, not invented but artificially constructed. After all, the coup in Kiev took place with the direct involvement of the West." 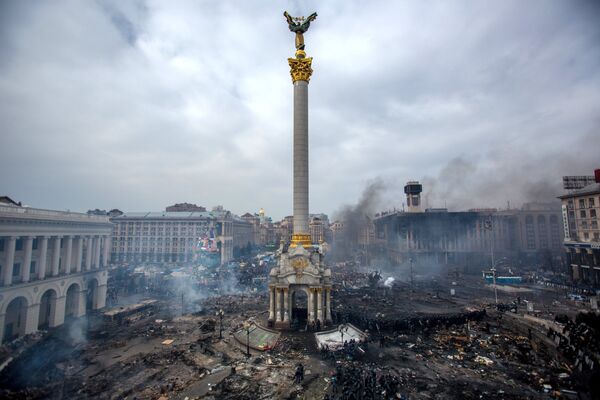 Effectively, Kurtov suggested that the Ukrainian crisis beginning in 2014 "was just an excuse used to try to stop a trend that started in the early 2000s – the trend of Russia strengthening itself as an active player in global geopolitics."

Of course, the analyst admitted that Western sanctions are harmful to Russia, insofar as they limit bilateral contacts, and damage economic and trade relations. On the other hand, Kurtov emphasized that Russia "must not allow the sanctions to string us along. It's not necessary to fulfill their requirements, since new requirements will always appear in their place so long as their reasons are contrived and artificially constructed."

Terrorism Forcing French Politicians to Review Policy Toward Russia
Ultimately, the expert suggested that whatever else happens, Russia must push for cooperation on an equal basis, must strive "to make it so that the Russian position is properly understood not only by the political elites of other countries, but also by their people."

For his part, Sergei Kalmykov, the deputy director of the Association of Military Diplomats, generally agreed with Kurtov's assessment, suggesting that unfortunately, Washington "has always regarded Russia as a strategic adversary."

"This has been the case not just for decades, but for over a century. It's worth recalling that as soon as the Jackson-Vanik Amendment, which continued to function for an unjustifiably long period, was repealed [in late 2012], it was immediately replaced by the so-called Magnitsky Act.  Now, the Magnitsky Act has faded into the background, because the 'Crimean issue' and the whole situation around Ukraine has taken its place."

"What we're seeing is a pure political con game – a con game which simply involves the juggling of a variety of motives and terminology, but which only has one goal: to prevent Russia from emerging as a leader in global geopolitics. And today the West is using any excuse to try to carry out this policy," Kalmykov concluded.

000000
Popular comments
Question: Why do they hate Russia immeasurably? Answer: Because Russia is CHRISTIAN. Russia is a Christendom where Christianity flourishes.
elsa.zardini
28 August 2016, 14:57 GMT9
000000
The west has always discriminated against Russia and Russians in general! Western psychopath leaders are always looking for excuses, in order to justify this deep and lasting hatred! It's all led by the sick leaders in Washington and spread by the corporate media!