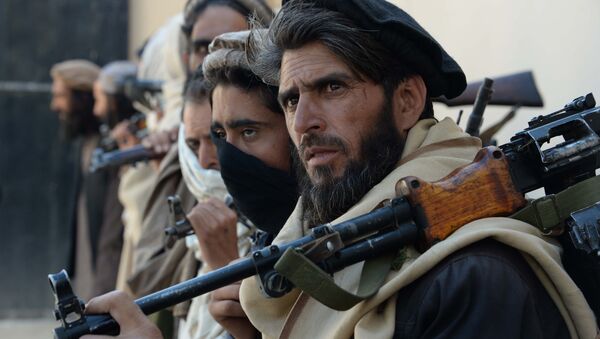 World
Alliance of War: Will Daesh Be Able to Capitalize on Taliban?
MOSCOW (Sputnik) — The TOLO News broadcaster reported Saturday citing local authorities that the district located in country's province of Paktia was attacked by some 1,200 Taliban fighters on Friday night.

The media outlet added that during the attack 30 security force members were killed.

Afghanistan is in a state of political and social turmoil, fighting the continuing Taliban insurgency, with other extremist groups such as Daesh (outlawed in Russia) expanding their activities in the country as well.