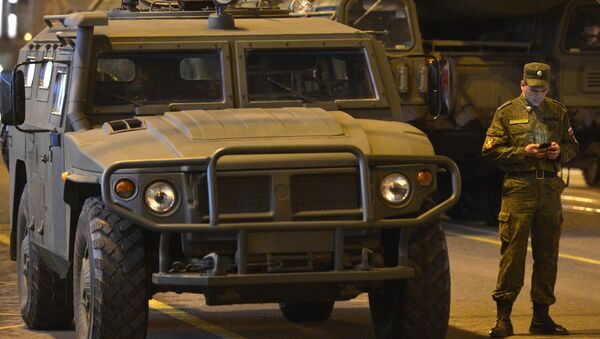 Gaz Tigr, a Russian standart issue armored car, capable of carrying up to 11 people with armaments, has just been robotized. And not in a usual way.

The military-industrial company VPK LLC has presented a remote-controlled version of Tigr armored vehicle, capable of traversing the toughest of terrains while carrying up to 11 fully armed soldiers inside.

The new machine, armed with 30-mm machine gun, can move, aim and fire according to human commands, but it also can identify and track targets on its own.

According to Aleksandr Krasovitsky, a CEO of VPK, the Tigr's combat module is identical in design and fire control system to the automatic remote-controlled combat module, armed with a 30-mm gun that was created for the "Uran-9" tracked combat robot.

While there are fears that robot tracking algorithms will allow for creation of autonomous killer machines that will make a decision to pull the trigger on their own, there is no mention of autonomous lethal decision-making so far — neither for new Tigr machine, nor for the Uran-9, which has similar control module.

The creation of robotized version of Tigr will provide Russian army with one more unmanned ground combat vehicle, but this time it will be propelled by wheels, not tracks, which, combined with its relatively low weight of under 9 tons, will enable this machine to use common roads without any damage to them.