At Least 16 Killed, Four Injured by Fire at Warehouse in Moscow 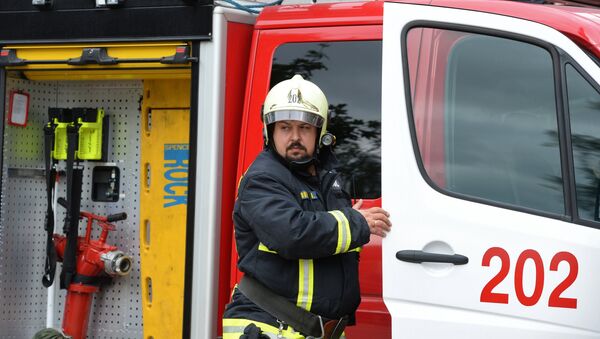 © Sputnik / Sergey Kuznecov
/
Go to the mediabank
Subscribe
International
India
Africa
At least 16 people were killed and four more were injured by fire that broke out at a warehouse in Moscow, a source in the local emergency services told RIA Novosti on Saturday.

MOSCOW (Sputnik) — Earlier in the day, media reported about the fire in Moscow's northeast.

"In consequence of the fire at the warehouse with typographic products 20 people suffered, including 16 killed and four more hospitalized," the source said.

The source added that the victims of the fire allegedly were citizens of the Commonwealth of Independent States (CIS) member countries.

The source added that at the same time 12 people were rescued.

According to Russian Emergencies Ministry, the fire has already been extinguished.

"There was a fire at the warehouse at the industrial area [located] on Altufyevskoe roadway. Unfortunately there is a great number of victims. We will investigate [the incident] with the law enforcement agencies," Sobyanin said on his Twitter account.

Russia's Investigative Committee said opened a criminal case following the deadly fire. According to the committee, the case was opened due to fire safety breaches.